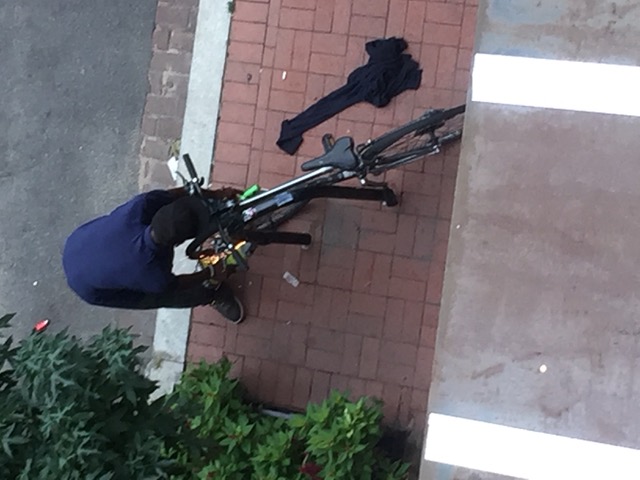 “Thought I would share some recent bicycle thefts I’ve witnessed over the past 2 weeks. Both instances occurred on N street nw (in front of Espita). First on 8/31 @ 5:03pm and the second on 9/9 at 9:07am. Both times they used an angle grider to cut locks. I have heard the angle grinder on other days, but didn’t think much of it, but I am sure the same was happening. Police were called on both occasions, but seems there is not much that can be done.

Just a warning to be aware if parking a bike in this area.”