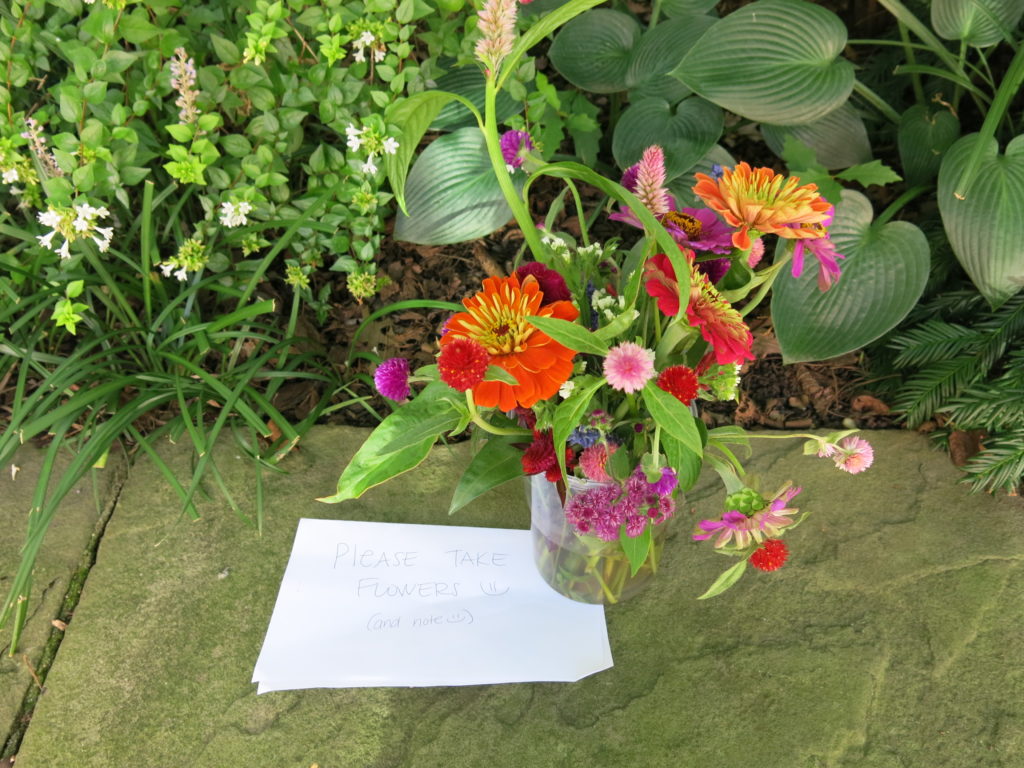 Question for you/popville: what’s chicken bacon ranch pizza guy up to? Hope he’s doing alright and eating all the CBR he has ever hoped for.”

Ask and ye shall receive:

Surely you remember, five years ago, when hundreds of this blog’s commenters chewed me up and spat me out like a chicken ranch slice with no bacon on it. A few of you came to my aid, but most of you were hungry for my blood. I was hungry only for Chicken Bacon Ranch.

You called me a “dunce,” “an asshat,” and an “over-entitled d-bag.” You insulted my home state, saying I was a “typical mouthy New Yorker,” and that I should go back there (I didn’t). Thank god I’m anonymous.

I doubt anyone needs a recap of what happened, but if you moved here pre-Trump, you might not understand the regular, unending references made to me and my favorite pizza. For those of you not familiar with the events that led us here, I’ll sum it up more briefly than I did in 2015:

I loved Wiseguy pizza, especially their Chicken Bacon Ranch. One day I went in and they didn’t have it, so I called ahead of time the following visit to make sure they had it on the shelf. The guy on the phone misunderstood me and made an entire CBR pie, but I only wanted a couple slices. He was annoyed that he had an entire pie of it and said I could either buy the whole pie or I could have two slices of Chicken Ranch pizza with NO BACON. I asked to pay for bacon on the two slices. He said no, we fought, he didn’t budge, I left and wrote in about it. Practically no one took my side.

Wiseguy roared on victoriously in the years since, winning awards and opening new locations. Hey, it’s good pizza! It is the closest thing you will get to a New York slice in DC. Wiseguy also did not mind the publicity I gave them. They posted the article on Facebook, declaring that their customers “prefer it without bacon” — a phrase no American has ever said.

What you don’t know is that I organized a pizza-peace-summit about a year after the big fight. I ordered a whole CBR pie and invited Mayor Bowser (she didn’t come). The manager was cool about it but refused to try a slice of delicious CBR (his loss). I’ve gone back a few times since, but while their pizza is pretty good, their service blows — which was the reason this saga began in the first place.

CBR guy is who I’ve become, I suppose — and not just here. Friends and colleagues love to retell the story and pull up the article at parties. I’m kind of shocked by the number of people who’ve never encountered CBR. It is very much a big thing not just in New York, but apparently around the country. People text me photos of menus with CBR in Texas and Florida — even Alaska! — all the time. I do encourage you to try it.

I’ve given up pizza in DC, but I enjoy a slice of CBR whenever I’m home in New York. And I think of all my fans and haters with every bite.

I love you all. Please wear a mask and vote for Joe Biden.