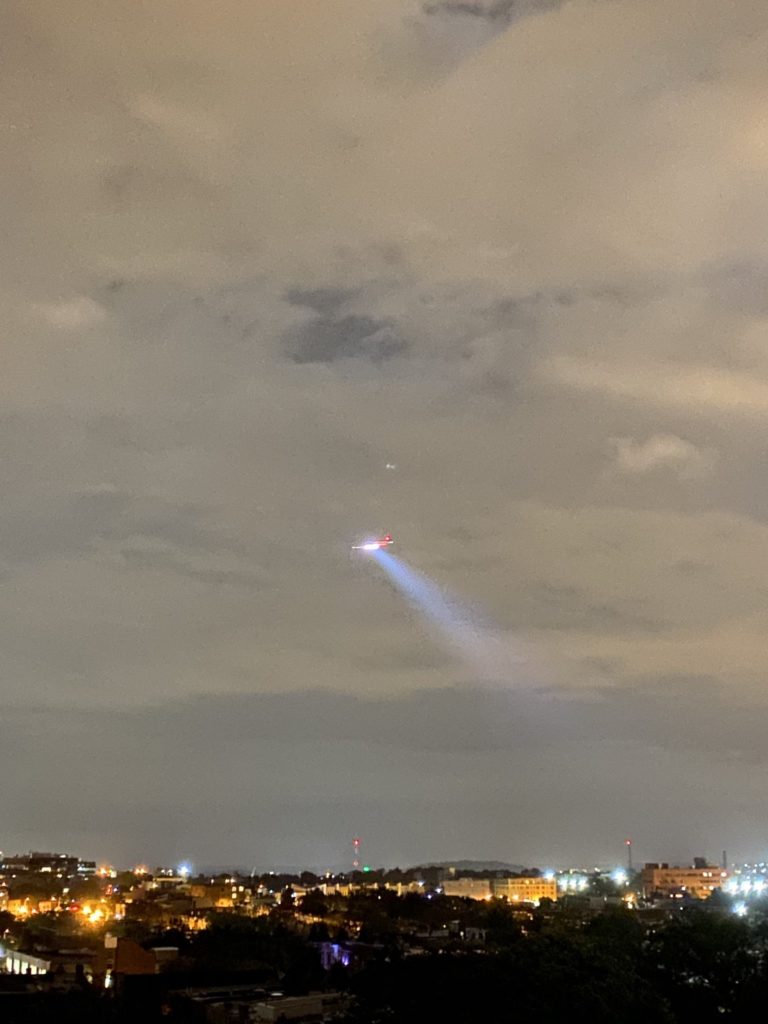 Carlee first alerted us around 11:30pm: “Helicopter with spotlight circling go around Columbia Heights +cops headed down 13th. Any clue what’s going on?”

Ed. Note: Original some people thought this might be related to the shooting around 14th and V Street, NW but that started. later. 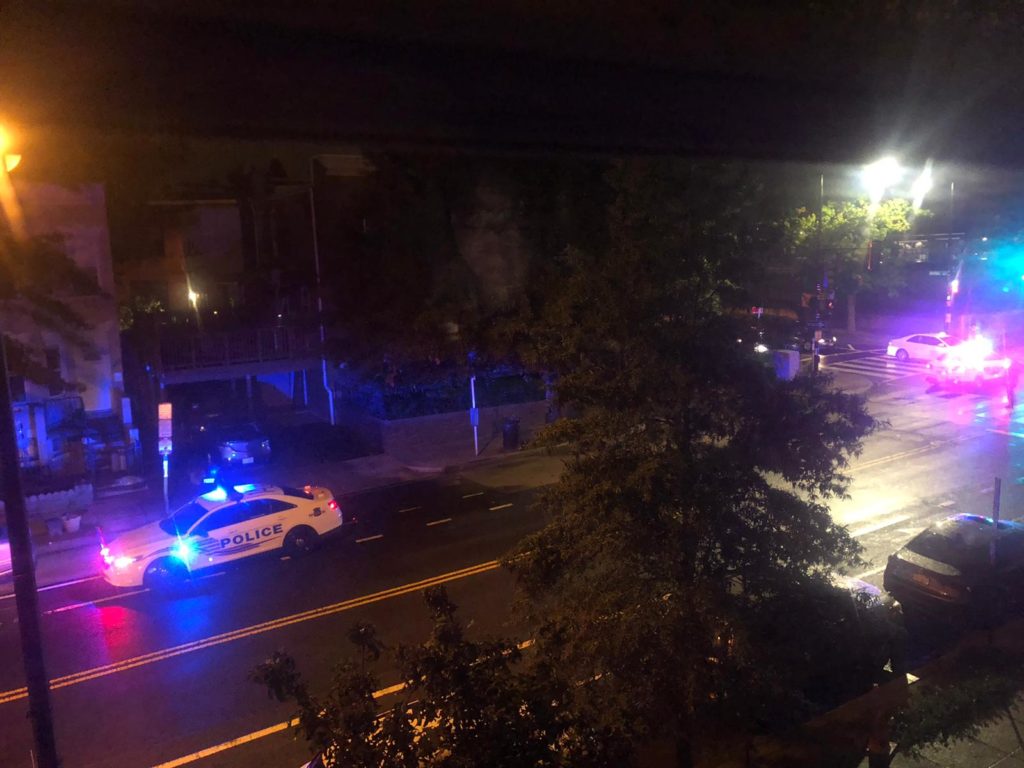 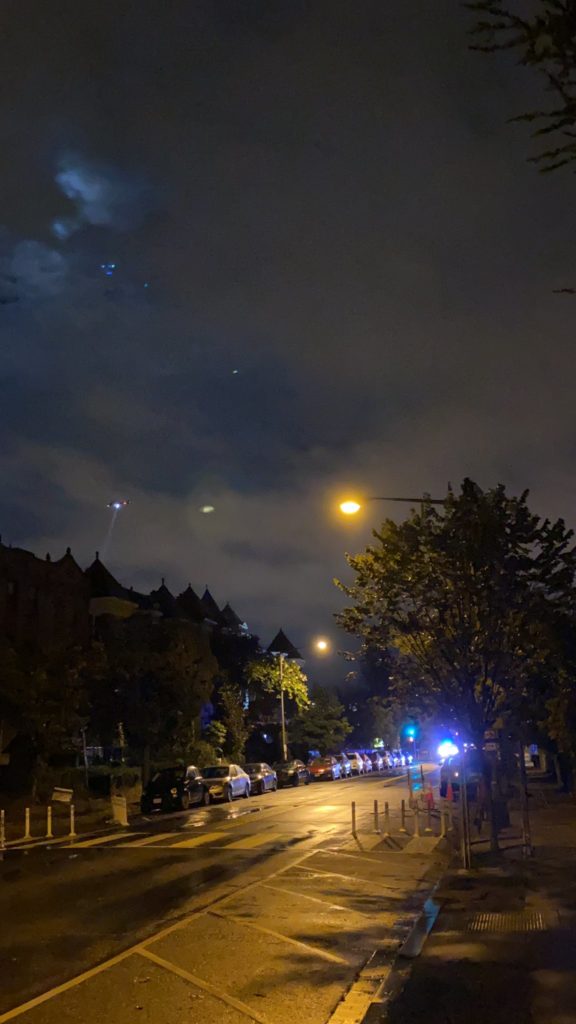 Meredith wrote: “They’re searching the alley between Columbia and Irving. 1100/1200 block. Our street is blocked. They’ve searched backyards multiple times over and are hovering right above us.”

Elizabeth wrote just before midnight: “This is the current flight path. But police are now sitting at 14th and Girard, and just saw one race up 14th” 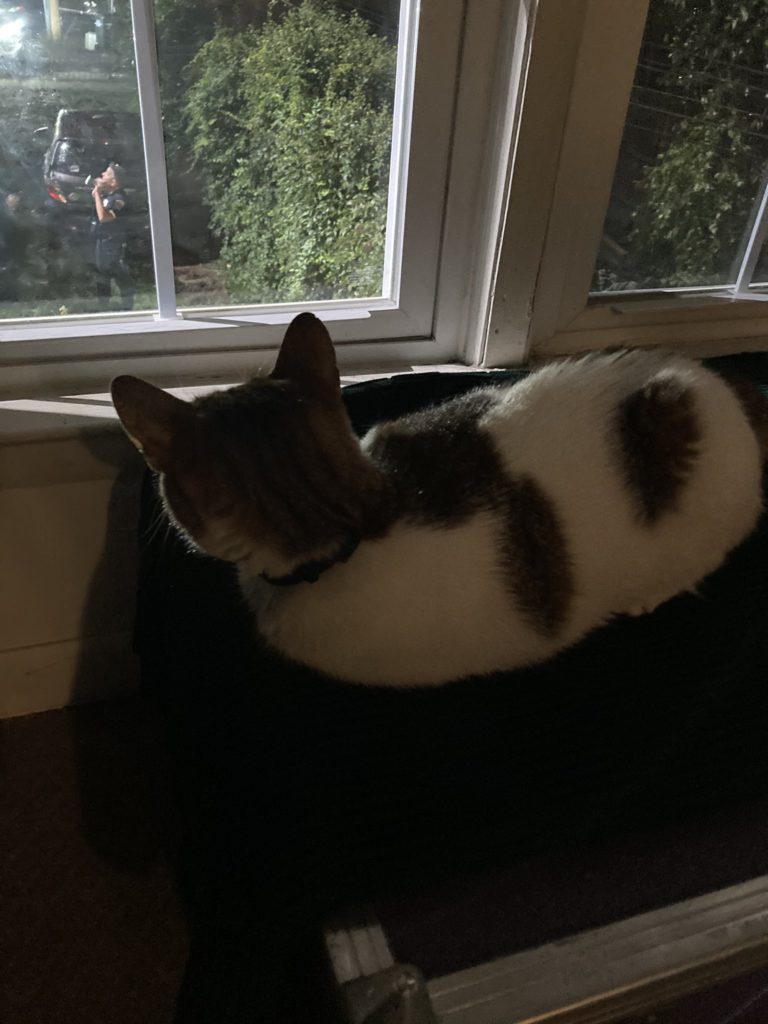 Meredith notes: “cats are apparently pretty chill during manhunts. But here is the greatest question of the night. How is my partner sleeping through all of this?”

And concludes the early morning reports around 12:30am: “Epilogue: the manhunt ended or moved on. I accidentally clicked my water glass against my lamp as I got back in bed. My partner started and rolled over. Another night in #columbiaheights”

More Stories
Shooting in the 1400 block of V Street, NW around Midnight“The Capitol Riverfront BID will host a special drive-in movie theater experience, set to launch Sept 25 and run until October 30 at the Akridge Lot in Buzzard Point.”