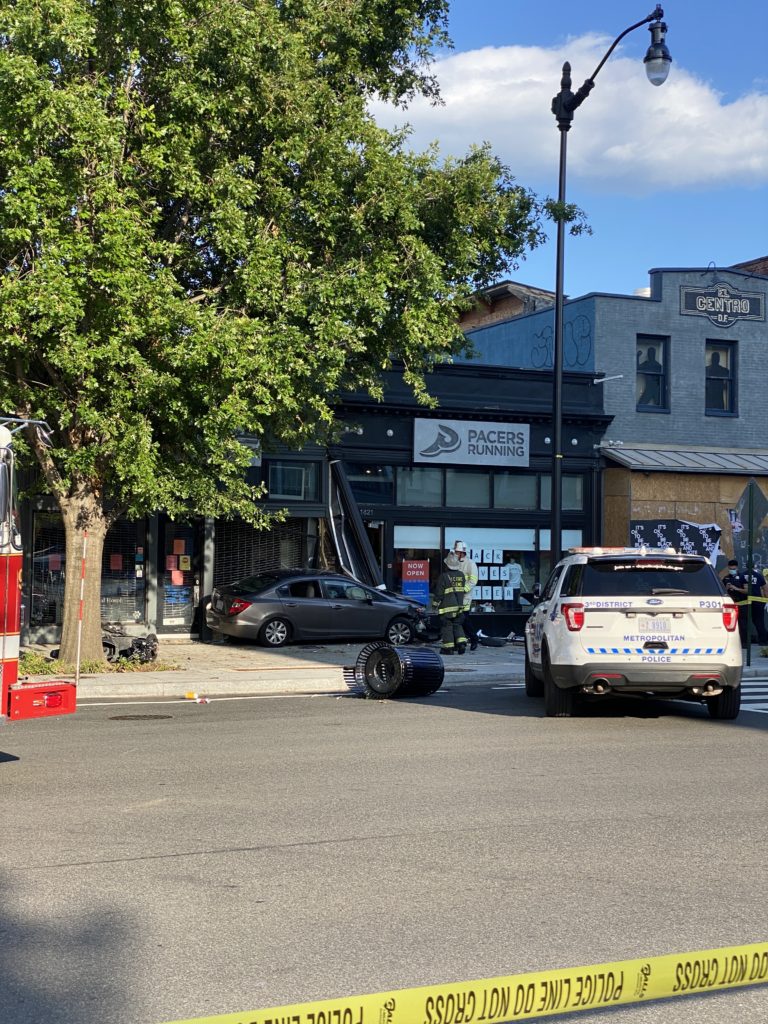 Thanks to all who messaged us as it was happening. Still unclear what actually caused the driver to crash though I did also get reports that arrests were made. Updates if MPD releases any reports.

Som Records responded “One guy did leave in a stretcher but he was talking and didn’t seem too hurt.”

A reader responded to us on twitter with news about the injured pedestrian: “My son, former husband and brother-in-law we’re leaving the store moments before this happened and narrowly escaped with their lives. Former husband hit by the vehicle on his leg. Former husband has leg injury.” 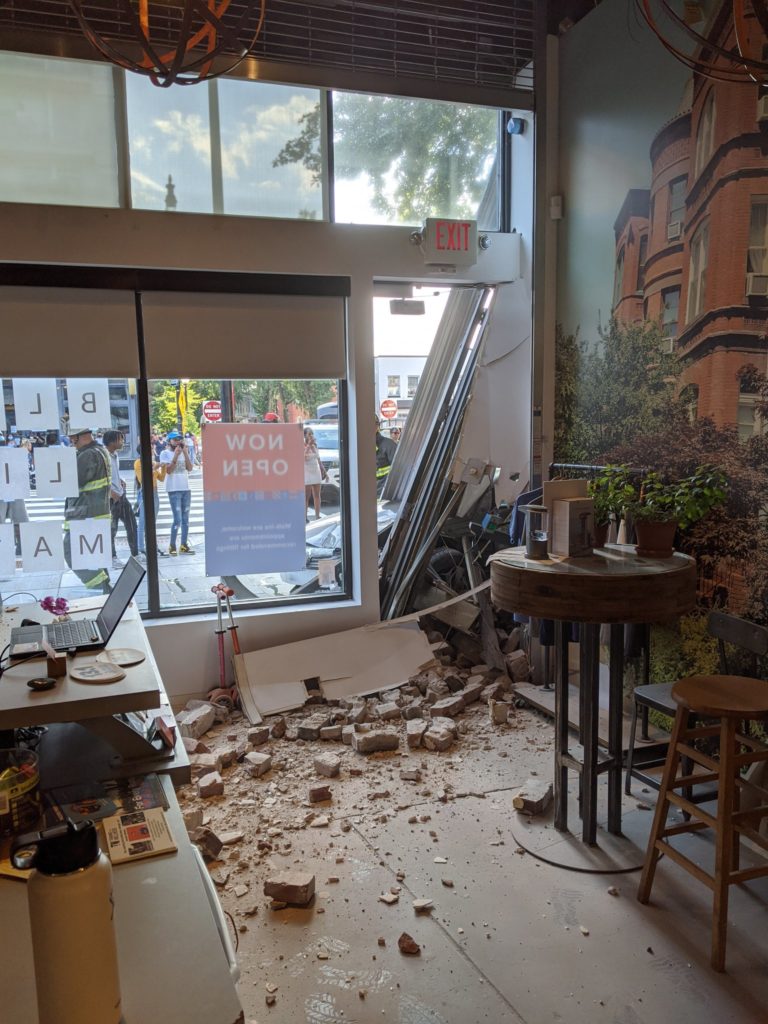 Kat sent the photo above: “I was buying shoes inside Pacers Running when that happened. I was with my two toddlers (you can see their scooters by the entrance on one of the photos). We are fine though and only one of them was a bit scared. The other one didn’t care because he wanted an orange tracker.” 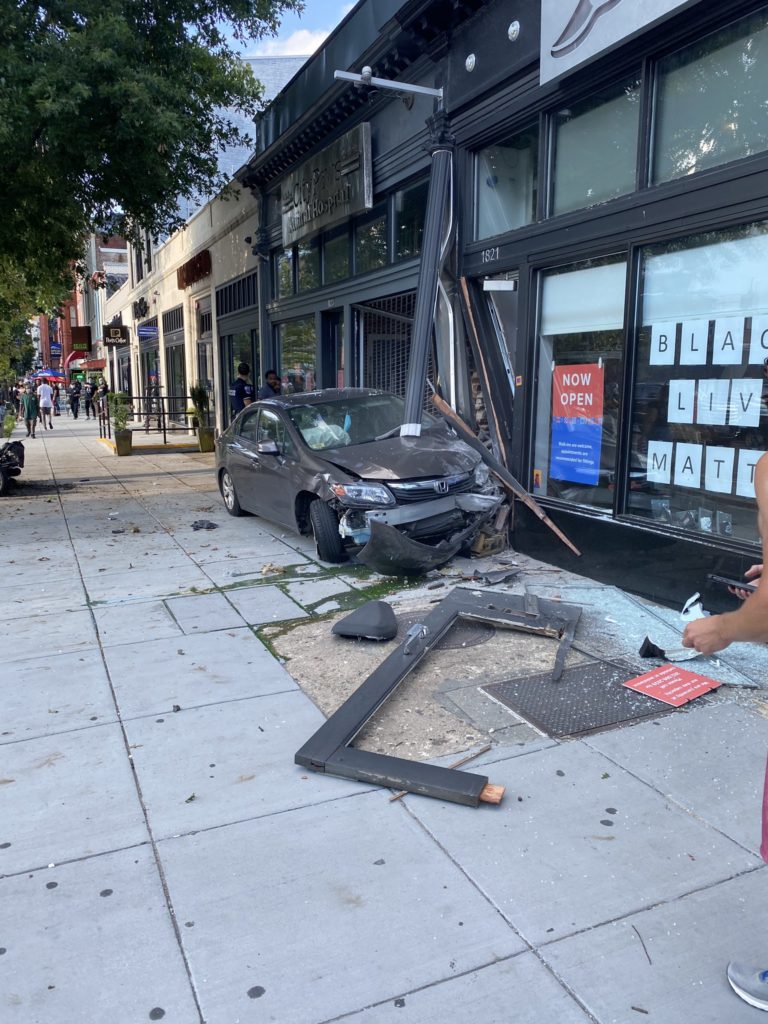 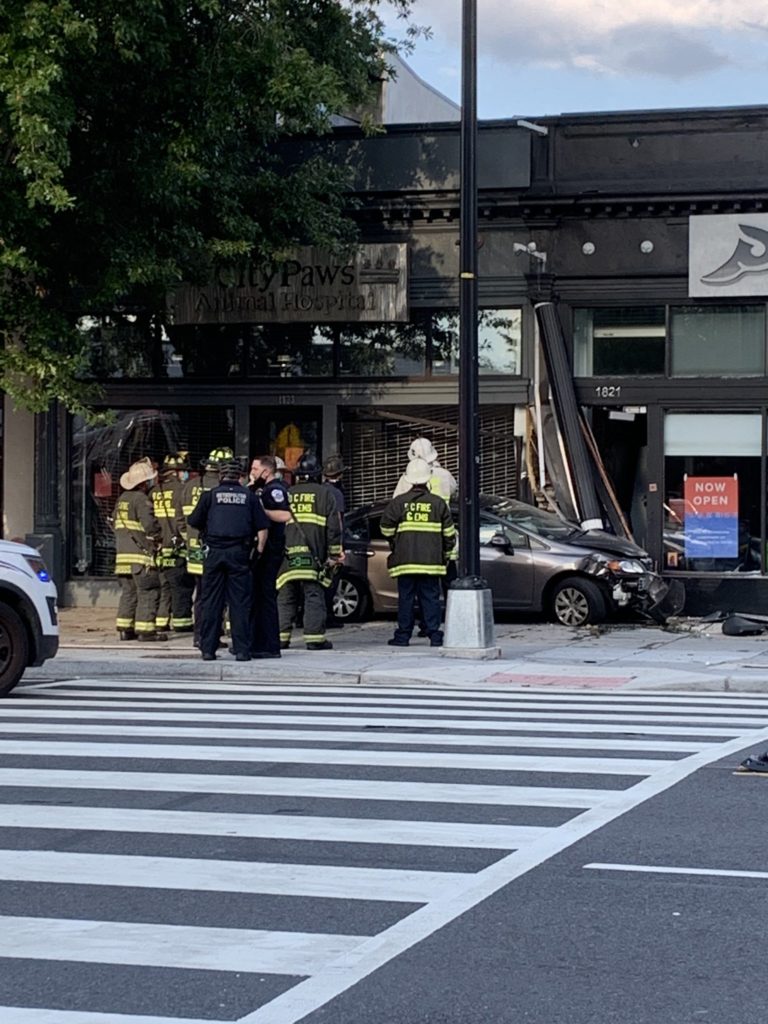 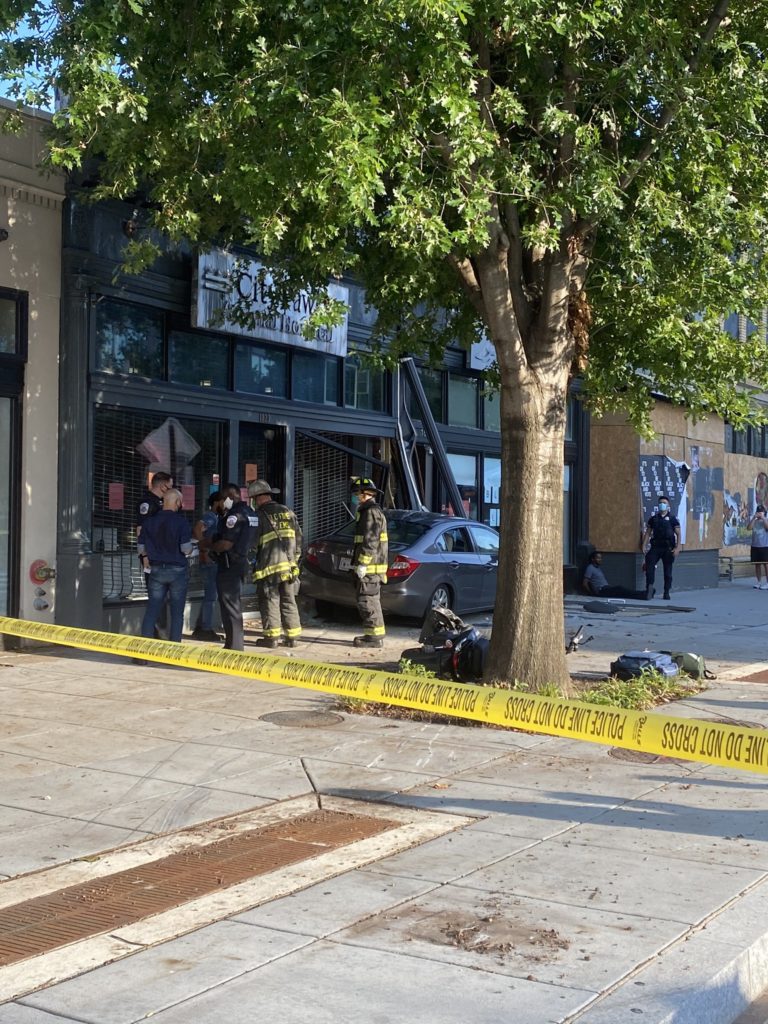