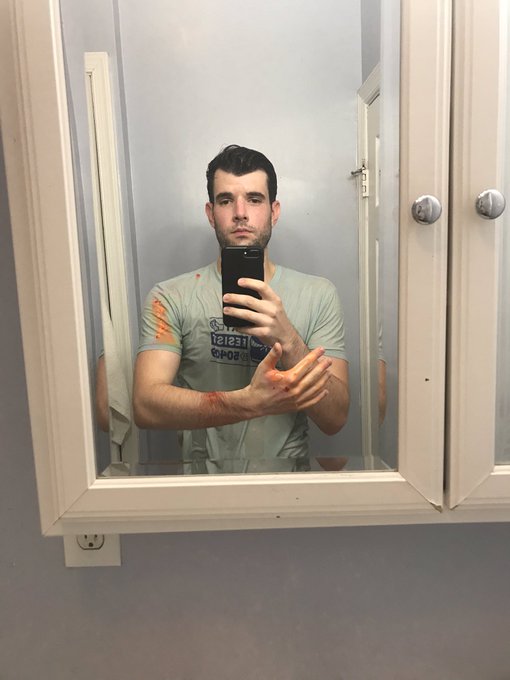 Last night Ryan tweeted us: “After years of late night running in this city, a first: a drive-by paintballing on Georgia and Kenyon. Careful out there!”

In an email he shares more details of what happened:

“I run around Columbia Heights three times a week, pretty much always on the same route, and usually at night these days to avoid the heat. I was running south on Georgia Ave. around 10:15, and in front of the former Morgan’s Seafood I start hearing popping noises and feeling myself getting hit with something, first from behind: one on the back of my leg, two on my lower back. At this point I try and cover my head and get behind a post or something, and got one on my forearm and one on my hand (which REALLY hurt — I yelled). Didn’t get a look at a car or anything. I stopped to catch my breath, look around, and make sure I was OK. (I’m fine — just a few welts.) There were a few people walking around, none of whom said anything. Took a second to let the shock wear off and ran home.” 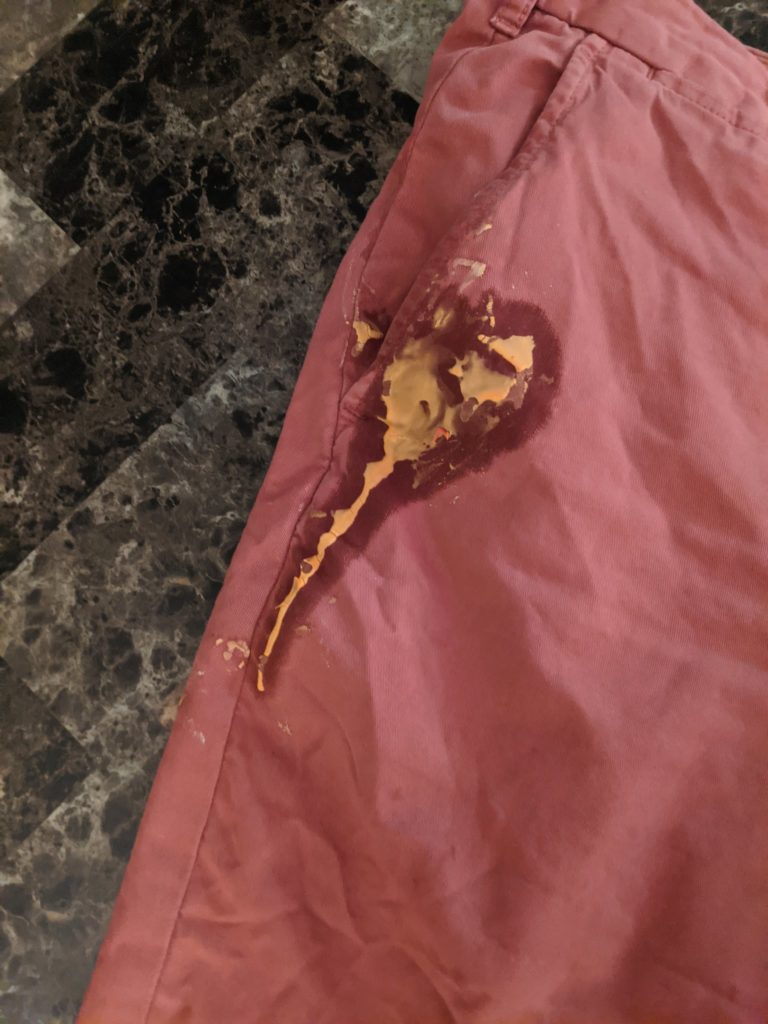 Turns out Ryan was not the only one hit. Devin replied to the original tweet with the photo above:

“I was paintballed walking up 7th between T and Florida tonight as well! Must’ve been the same car.”

More Stories
July 30 Coronavirus Data Posted: 12,126“We are actively looking to change our identity and brand and engage in further dialogue with each of you.”