Get our email!
Search
Dear PoPville, What the Helen of Troy is This 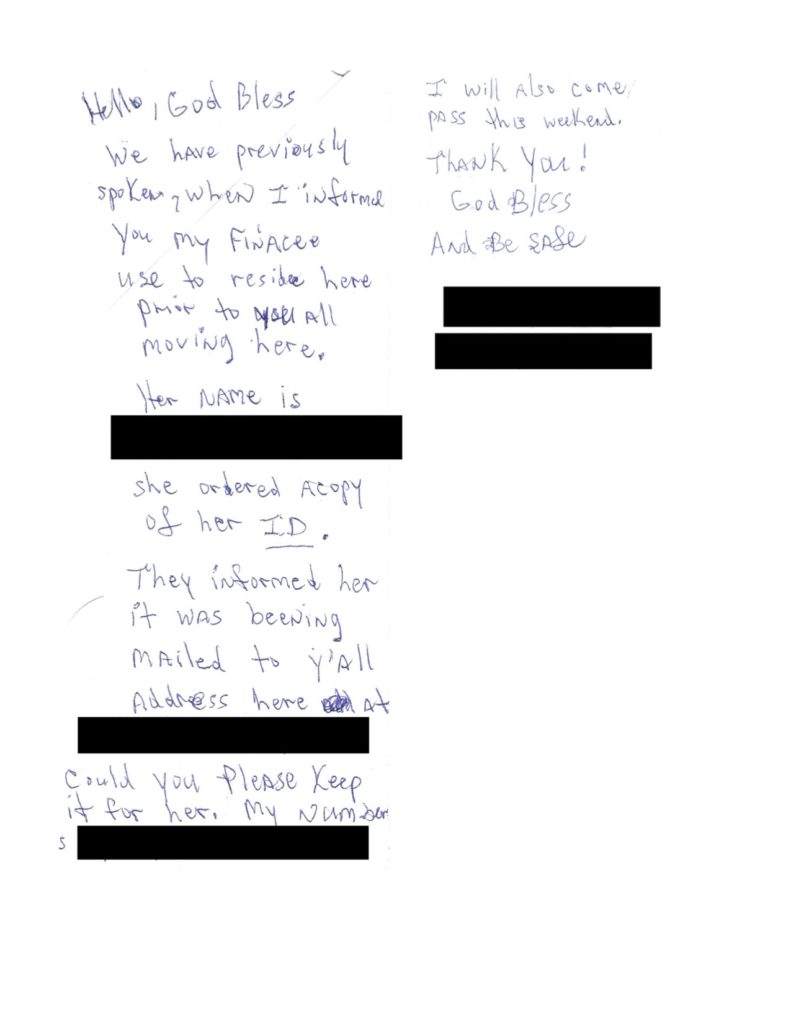 Help us here… we received this attached, strange letter in our mailbox. A lot is off with it:

First, it’s someone asking permission to pick up someone else’s driver’s license.
Second, despite their claim of having talked with us, we have never spoken to this person, and we have been in this house for three years.
Third, why would it be sent to our address?

At best, the person for whom the ID belongs hasn’t lived here for three years (and the former owner was an elderly, single occupant who passed away).
Fourth, on the front of the letter they say they are the recipient’s fiance (does not provide their name) and provides a phone number which is the exact same as the number on back, but oddly on the back they sign it as if the letter were from the person who owns the ID.

What has initially stopped us from calling the police is that we have been receiving for years mail for the person for whom the ID is issued, mainly official correspondence from the District (including documents for social benefits). We have tried returning the mail, noting on the envelopes ‘does not live here’, but that has not worked. We have not received the ID yet.

Is this some type of fraud / identity theft going on? Advice?”