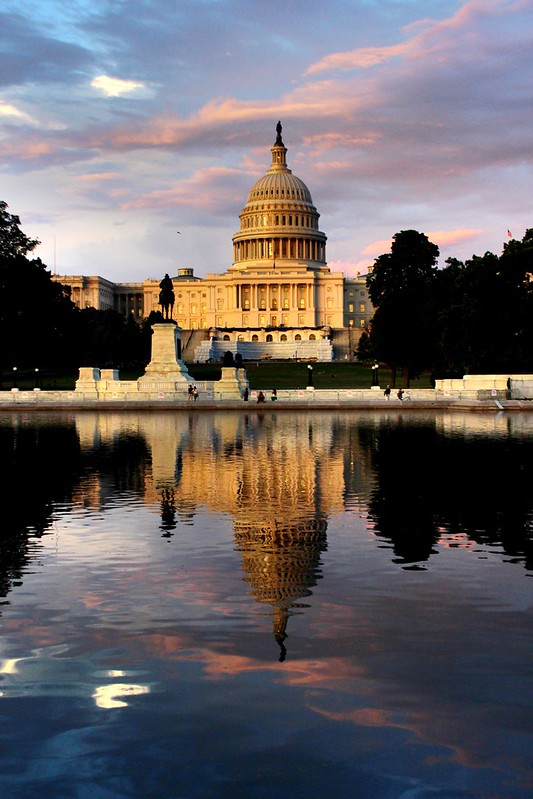 “Congresswoman Eleanor Holmes Norton (D-DC) today managed the historic debate on the House floor on her District of Columbia statehood bill (H.R. 51) . In her opening statement on the bill, Norton said, “As we approach July 4th, it is long past time to apply the nation’s oldest slogan, ‘no taxation without representation’ and the principle of consent of the government to D.C. residents.”

The United States is the only democratic country that denies both voting rights in the national legislature and local autonomy to the residents of the nation’s capital. As we approach July 4th, it is long past time to apply the nation’s oldest slogan, “no taxation without representation,” and the principle of consent of the governed to District of Columbia residents. H.R. 51 would do so, and Congress has both the moral obligation and constitutional authority to pass the bill.

H.R. 51 would admit the State of Washington, Douglass Commonwealth into the Union and reduce the size of the federal district.

H.R. 51 has both the facts and Constitution on its side. The Constitution does not establish any prerequisites for new states, but Congress generally has considered three factors in admission decisions: resources and population, support for statehood and commitment to democracy.

D.C. pays more federal taxes per capita than any state and pays more federal taxes than 22 states. D.C.’s population of 705,000 is larger than those of Wyoming and Vermont, and the new state would be one of seven states with a population under one million. D.C.’s $15.5 billion budget is larger than those of 12 states, and D.C.’s triple-A bond rating is higher than those of 35 states. D.C. has a higher per capita personal income and gross domestic product than any state. Eighty-six percent of D.C. residents voted for statehood in 2016. In fact, D.C. residents have been fighting for voting rights in Congress and local autonomy for 219 years.

Over the last few months, the nation, and even the world, has witnessed the discriminatory and outrageous treatment of D.C. residents by the federal government. In March, Congress passed the CARES Act, which deprived D.C. of $755 million in coronavirus fiscal relief by treating D.C. as a territory rather than a state. This month, federal police and out-of-state National Guard troops occupied D.C., without the consent of the D.C. mayor, to respond to largely peaceful protests. Prior to this occupation of the city, there had been much more looting and property destruction in other cities, but the federal government did not occupy those cities. The federal occupation of D.C. occurred solely because the President thought he could get away with it here. He was wrong.

For me, H.R. 51 is deeply personal. My great-grandfather Richard Holmes, who escaped as a slave from a Virginia plantation, made it as far as D.C., a walk to freedom but not to equal citizenship. For three generations my family has been denied the rights other Americans take for granted.

Congress has two choices. It can continue to exercise undemocratic, autocratic authority over the 705,000 American citizens who reside in our nation’s capital, treating them, in the words of Frederick Douglass, as “aliens, not citizens, but subjects.” Or Congress can live up to this nation’s promise and ideals and pass H.R. 51.

I would like to thank Speaker Nancy Pelosi, Majority Leader Steny Hoyer, Majority Whip James Clyburn, Chairwoman Carolyn Maloney, the late Chairman Elijah Cummings, our millions of allies across the country and, most importantly, generations of D.C. residents and officials who have refused to simply accept their treatment as second-class citizens for bringing us to this historic day.

More Stories
“How can the city claim jurisdiction over so-called heritage trees, and mandate their preservation, but refuse to compel a dc citizen to address a tree that poses a threat to life and limb?”June 25 Coronavirus Data Posted: 10,185