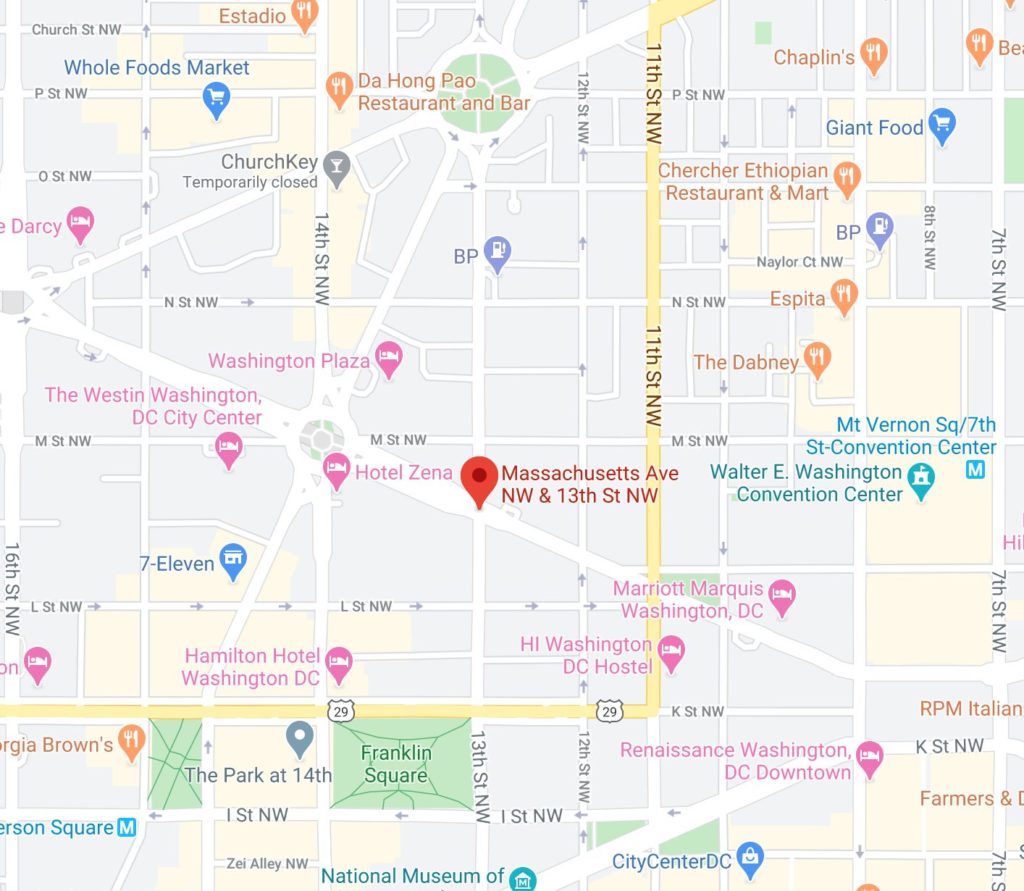 I wanted to reach out about this article that was posted on 4/23.

On the same day, early Wednesday afternoon, that same man tried to assault me. I reached the Ward 2 office and they asked me to send an email about what happened, which I did on 4/24. Below is the email I sent:

On Wednesday, April 22nd at approximately 1:20 pm, I was finishing up my run on 13th and Massachusetts Ave, headed home to my home at XXXX X St NW.

I was on the southwestern corner of Massachusetts and 13th st, waiting for the pedestrian light to turn on so I could cross the intersection and finish my run. A shirtless man (white pants, dreadlocks, late 20s/early 30s) comes up behind me and is within inches of me. I tell him to back off and get away from me, he’s mumbling something and acting not right upstairs. He doesn’t back off, so I run to the median of Massachusetts Ave. He runs up behind me and tries to get on me. He’s crouching with his arms outstretched and looks like he’s about to either bear hug or grab me, so I yell at him again to back off. He’s mumbling something and at this point, I book it and run as fast as I can, heading northbound back to my home at XXXX X St. I look behind me and see the man is running after me, so I start zig-zagging on 13th street.

I’m running on the sidewalk, on the bike lane, and I even run in the middle of the street. The man is still running after me. I turn on N St and see that he’s not behind me anymore, so I slow down to catch my breath and then sprint into my apartment building. I tell the front desk receptionist who just started her shift, the other front desk receptionist who is about to leave for the day, and our property manager who happened to be in the lobby. We see the man who chased me walk by and then the two receptionists go outside to take a picture of him and see him trying to harass another woman walking her dog. At this point, I call 911 and within 5-6 minutes, the police show up. I’ve also called my husband who is upstairs in our unit and he also walks outside to see what’s going on with this man with the receptionists and the property manager. The man is then at the BP on 13th and N st, trying to play with someone’s young daughter (appears to be about 4-5 years old) as he’s getting something out of his car’s trunk.

The police apprehend him and the officer speaks with me. I’m told by the officer that he was under the influence of something, finding alcohol on him and admitting to smoking “tobacco”. The officer also tells me that the man is incoherent, but that they have to let him go because he didn’t physically touch me or say anything threatening. I push back and ask why he’s being let go if he had clearly chased me home and tried to get on me, regardless if I had only heard him mumbling incoherently at me during the two instances where I wasn’t running away from him. The officer speaks with the supervising detective and I’m told the same thing. I’m also told that if he comes back, then he can be arrested for stalking. Additionally, two other people (the receptionists) saw him trying to harass another woman a few minutes after I had arrived in our building.

I would like clarity as to why this man was let go and not taken in for attempted assault. I understand the complexity of the current situation, given the COVID-19 crisis, but this was a clear attempted assault where I was chased and followed home.

The CCN# is XX-XXX-XXX and the officer I spoke with was XXXX XXXXX.”