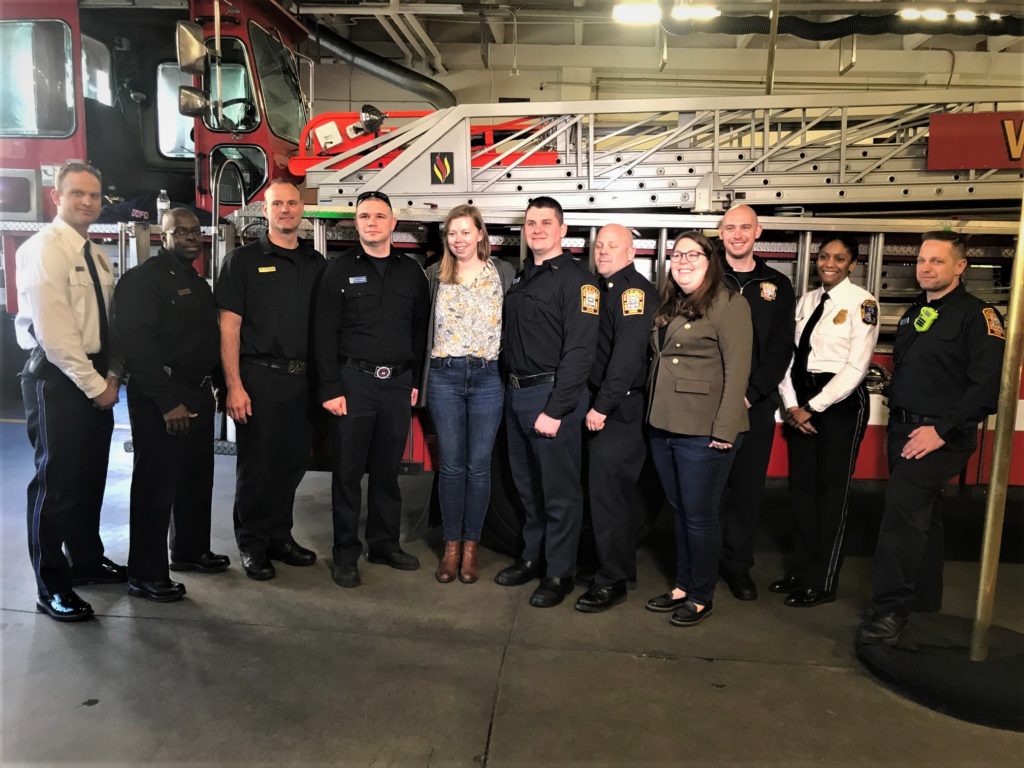 I wanted to follow up and let you know that we were able to connect Arielle to her good samaritans. Both were honored this past weekend, along with the paramedics and Metro police who responded, with a Cardiac Arrest Save Coin. The coin is presented to anyone who helps return a pulse to someone who has suffered cardiac arrest and is later released from the hospital in good health.

I’m happy to say Arielle is among those released in good health! The PoPville post was how both of the bystanders first heard that Arielle had survived and was recovering, and both were SO grateful for the information! Above is a photo from the ceremony.”

More Stories
Corgis* in backpacks* on metro* – Chilling at the Beer Garden Edition“I’m looking for a club/vibrant bar/dance spot that is wheelchair accessible in DC.”