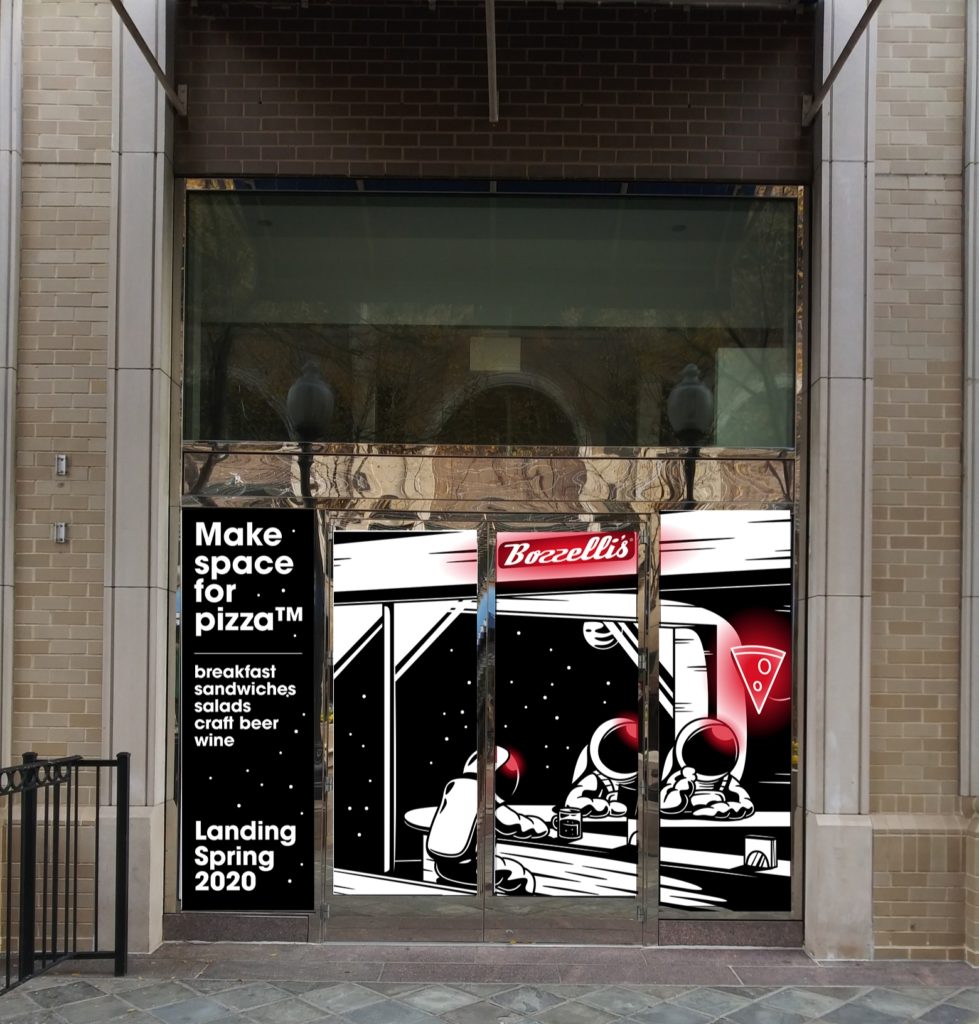 “We are thrilled to announce that we will be opening our second DC location in Georgetown at 3000 K St, NW within the Washington Harbor. We have teamed with Grupo 7 architects and Greenrock Construction on this project to bring our “Pizza Shop of the Future Experience” to the Georgetown waterfront. While out of this world pizza will be the centerpiece of our operation, we will also be serving breakfast, sandwiches and salads. A considerable portion of the experience will be dedicated to a craft beer and wine program.

Bozzelli’s is a locally-founded concept. Brothers, Lou and Tony Bozzelli first started selling Italian sandwiches in the late ’70’s in Northern Virginia out of the Pohick Inn along Richmond Highway. When Lou’s children, Michael and Mina took the reins of the family business they adopted a space theme and added pizza to the menu. While none of their stores have zero-gravity chambers yet you will find inspired artwork evoking space travel on the walls.

“We adopted the space theme to create a transportive experience for our guests,” says co-owner Mike Bozzelli.

As mentioned, Mike Bozzelli co-owns Bozzelli’s with his sister, Mina Bozzelli. The brother and sister duo recently announced that they will be expanding their Crystal City unit to make space for the advent of Amazon’s HQ2. They are expecting to open the Georgetown unit in Spring of 2020.”