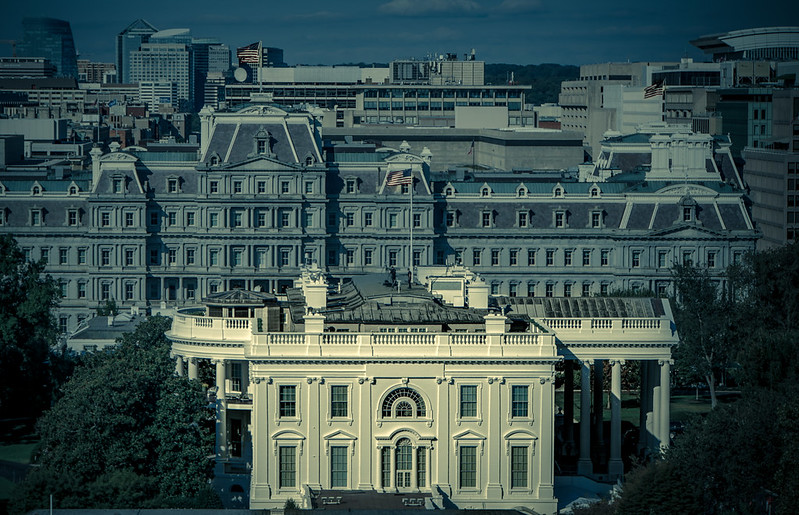 Ed. Note: Yesterday we heard the other side.

“The following is Councilmember David Grosso’s opening statement delivered at the Committee on Judiciary and Public Safety hearing on the Community Safety and Health Amendment Act of 2019, which would abandon the District of Columbia’s criminalization approach to sex work in favor of one that focuses on human rights, health, and safety:

“Thank you, Councilmember Allen, for convening this hearing today.

“This is a historic occasion as we consider how we as the government and the community should treat commercial sex and, most importantly, how we can better protect the human rights of the people involved.

“Earlier this year, along with Councilmembers Robert White, Brianne Nadeau, and Anita Bonds, I introduced the bill before us today, the Community Safety and Health Amendment Act of 2019.

“Over the past 3 years I developed this legislation in close partnership with the Sex Worker Advocates Coalition, and the bill is in line with recommendations from Amnesty International, the World Health Organization, U.N. AIDS, Human Rights Watch, and numerous other human rights, public health, and anti-trafficking organizations.

“Since coming into office, I have met with and listened to sex workers and other people who trade sexual services for money as well as survivors of human trafficking.

“I met with them because all of my work at the Council is grounded in a human rights and racial equity framework.

“That means looking out for the human rights of the most marginalized communities, including people in the sex trade, and reconsidering policies that perpetuate racism.

“In listening to those most directly affected, I heard how criminalization and stigma cause tremendous harm to people in the sex trade.

“The challenges facing these members of our community are many: I have heard far too many stories of violence, including stabbings, beatings, shootings, rapes, and murder, all because the perpetrators think they can act with impunity against those in the sex trade.

“Worse, we hear of police refusing to help, blaming people in the sex trade for the violence they have suffered. Doctors and other professionals sworn to help instead of mistreating and shaming people. Evictions by landlords and discrimination by shelters and other social service providers.

“Police seize condoms and other safer sex materials, or prosecutors use them as evidence of crime.

“Threats of arrest, of no one believing you because you are just a whore, of being reported to ICE, and more, being used by traffickers and other bad actors to exploit people in the sex trade.

“What I heard and what research has shown is that criminalization of sex for money between consenting adults does not stop these harms from happening.

“Rather, criminalization directly encourages these harms by further marginalizing people, saddling them with criminal records, making them fear the government, and labeling them as criminal and deviant and therefore acceptable targets for violence.

“People in the sex trade and those who work with them are not the only ones who know that the criminalization approach has failed.

“Ask any neighbor in an area where commercial sex happens, and they will tell you that the activity persists, despite police patrols, raids, stings, or marching sex workers across the bridge to Virginia as was done in the ’80s.

“I often refer to an article from April 28, 2017, in the Washington Post describing the arrests of eight people on prostitution charges at Massachusetts and Twelfth NW.

“The article notes that a similar incident happened in 2014 at the same corner–police arrested 19 people that time. And in 1995, a sergeant was quoted in yet another article in the Post arguing that the latest arrests at the corner had tackled the problem.

“Arresting adults for engaging in consenting sexual acts for money does not stop it from happening and it does not address the other problems that we are concerned about, whether serious ones like violence and exploitation or more trivial but still important ones like condoms on sidewalks.

“It is overdue for D.C. to change how we address commercial sex in our city and seek a new approach that focuses on human rights, health, and safety.

“What is the best approach to achieve those goals? People who trade sex for money tell me that we need to decriminalize consensual sex for money between consenting adults.

“By removing criminal penalties for those in the sex trade, we can bring people out of the shadows, help them live safer and healthier lives, and more easily tackle the complaints we hear from communities about trash or noise.

“Perhaps most importantly, this is about giving people more options, not fewer.

“In New Zealand where this approach has been in place for over a decade, sex workers report feeling safer and better able to assert their rights.

“A report last winter from the London School of Hygiene and Tropical Medicine found that sex workers in criminalized contexts were three times more likely to face physical and sexual violence than those in jurisdictions with less policing.

“The internationally respected medical journal the Lancet estimates that 33 to 45 percent of HIV cases could be prevented by the removal of criminal penalties from commercial sex.

“Contrary to what you may have heard, this bill does not change any of our laws regarding coercion or exploitation, which will continue to be prohibited.

“Nor does it change how criminal penalties are used to combat the trafficking of minors.

“This has been the topic of much debate about the bill. Let me be clear, the bill maintains legal prohibitions on operating a house of prostitution, i.e. a brothel.

“And allow me to clarify another point of content–this bill does not legalize ‘pimping’.

“The use of coercion, force, or fraud by another person to compel someone to engage in commercial sex remains strictly illegal under this proposed legislation.

“To the contrary, by bringing people in the sex trade out of the shadows, we can fully engage them as partners in the fight against human trafficking, as recognized by international anti-trafficking organizations such as La Strada and Global Alliance Against Trafficking in Women.

“Removing criminalization means we can work with people in the sex trade to prevent violence and tackle HIV, as groups from the United Nations to law enforcement to public health experts have all noted.

“Finally, because I believe this bill is a first step to improving community health and safety and because it is important to constantly assess the impact of our work on the Council, the bill creates a task force to study the effects of these changes.

“Particularly important to that effort will be recommendations for budget increases. We know that one of the best ways to fight human trafficking and to give people in the sex trade more options is by funding people’s basic needs.

“Lastly, I would be remiss if I did not note the incredible racial disparities in who is criminalized under our current system. Overwhelmingly, people who are African American are arrested and convicted of the offenses that this bill would decriminalize.

“Data from MPD shows that from 2014 to 2017, almost 74% of arrests for commercial sex were of African American people, with about 14% being Latina or Latino.

“Data from the D.C. Sentencing Commission shows that over the last two years, 89% of individuals convicted for prostitution-related offenses were African American. Since 2010, that percentage has been roughly the same, at 87%.

“We also know that the LGBT community, particularly transgender women, is disproportionately affected by the criminalization of commercial sex.

“This legislation is about reducing harm. I know that everyone here today shares that goal. We may have different opinions about the best approach, but let us assume the best intentions of each other.

“Keeping people safe, healthy, and with their human rights respected cuts across whether someone identifies as a sex worker, sex trafficking survivor, or is just doing what they need to do in order to pay the bills.

“We need to dramatically improve life for people in all these circumstances. The bill before us today may not be perfect, but its core tenets represent our best chance for significantly changing things for the better for the communities we all care about.

“Thank you, again, Councilmember Allen for holding this hearing.

“I know that it wasn’t easy, but you took up the challenge of furthering the discussion on this topic, and I’m grateful to you for that. Our city is better for it.

“Finally, thank you to everyone here today to testify. I look forward to the discussion.”