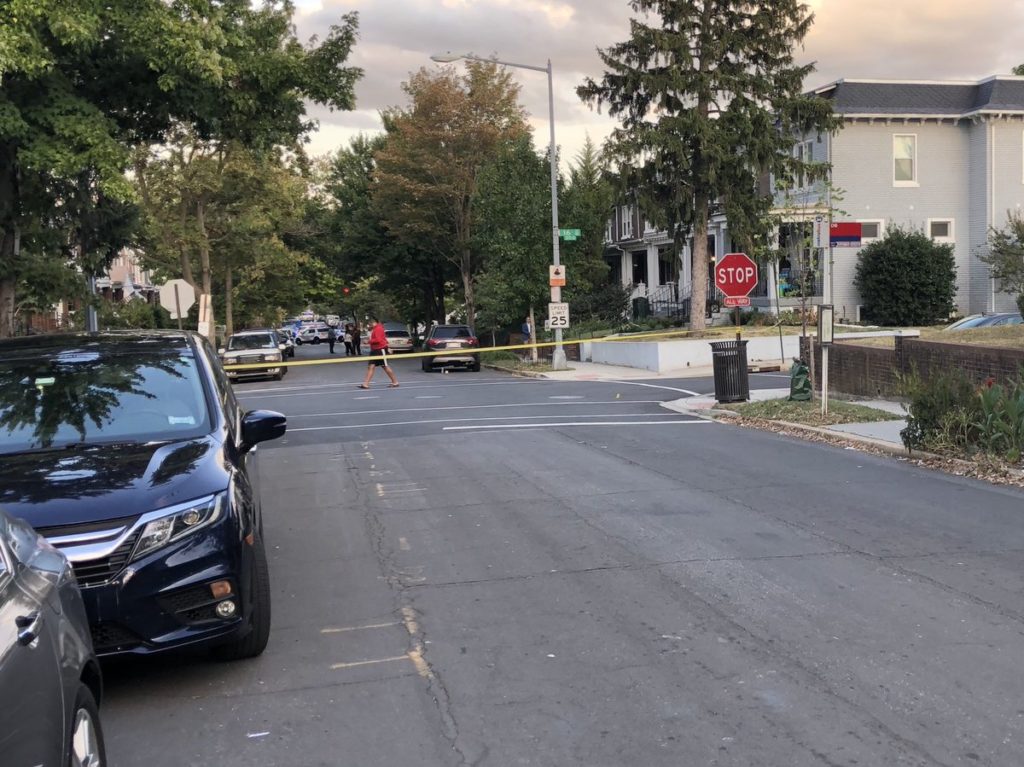 A vehicle that was occupied and traveling East was struck by gunfire. Fortunately the occupants were not injured.

Came home to D St shut down for blocks. Apparently gunmen firing between vehicles in a long running shootout. No one appears injured thank goodness, but shell casings littering the street & outside my door. Cameras being checked. This violence has to stop. pic.twitter.com/ZtTey85aM8

More Stories
Like Old Faithful in Yellowstone, The Bloomingdale Fountain does not disappointToday in Corgis in Backpacks on Metro* – A Wiener in a bag on a bike