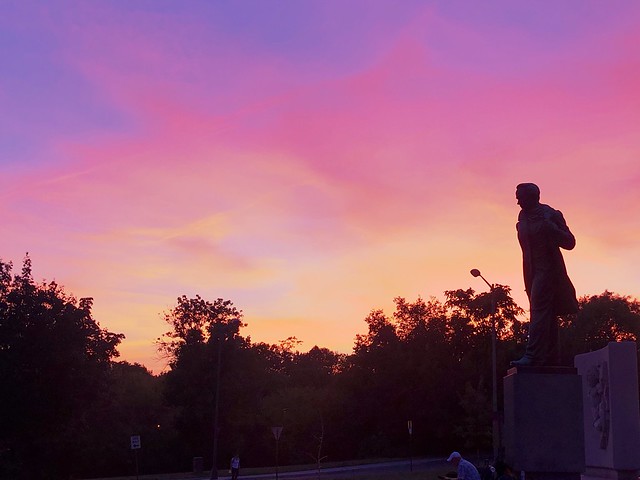 I just wanted to write to share the story of a good Samaritan who helped me and my partner out with car trouble this evening in Kalorama. We were trying to replace a battery in a Volkswagen but after a lot of sweat, money spent, and mosquito bites, we realized we did not have the tools to complete the removal of the old battery because of where a certain bolt was in the car. All the stores were closed and the car was totally dead so we were really discouraged. Lo and behold, a man (middle aged with Caribbean accent of some kind, introduced self as Jeronimo on his way out) driving by us asked if we needed a jump.

Sort of as a joke we replied that we were good unless he had a socket wrench extension, assuming he only had cables. “I’ve got one,” he said, and to our surprise he parked and got out a big toolbox that had everything we needed to complete the fix.

He even walked us through how to manage a finicky part of installing the new battery. And that was it – we fixed the battery and thanked him, and he drove off into the night. He said he always carries jump cables and tools to help people; we must not be the first he’s come across.

Jeronimo (sp?) saved our butts! I’ve heard of people posing as good Samaritans to “fix car problems” when they are really ripping you off so I was a bit concerned for a minute but this was literally just a case of someone taking out time to help a neighbor. I just wanted to say if you’re out there sir, THANK YOU! You remind me why I love DC – not just the place, but the people.”