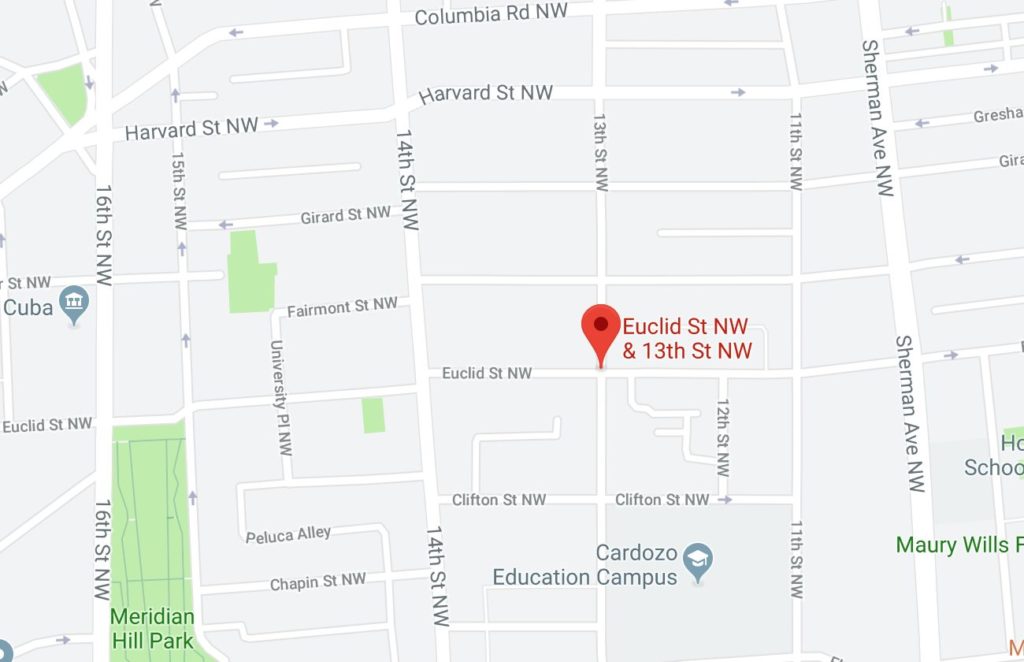 “Called in two separate shots fired early this morning to the police (one at 1:12am, the other about 10 minutes later) near 13th/Euclid St NW.”

Ed. Note: Over the weekend shots fired were reported at 14th and Kenyon St, NW and there was a shooting in the 1300 block of Euclid Street, NW.