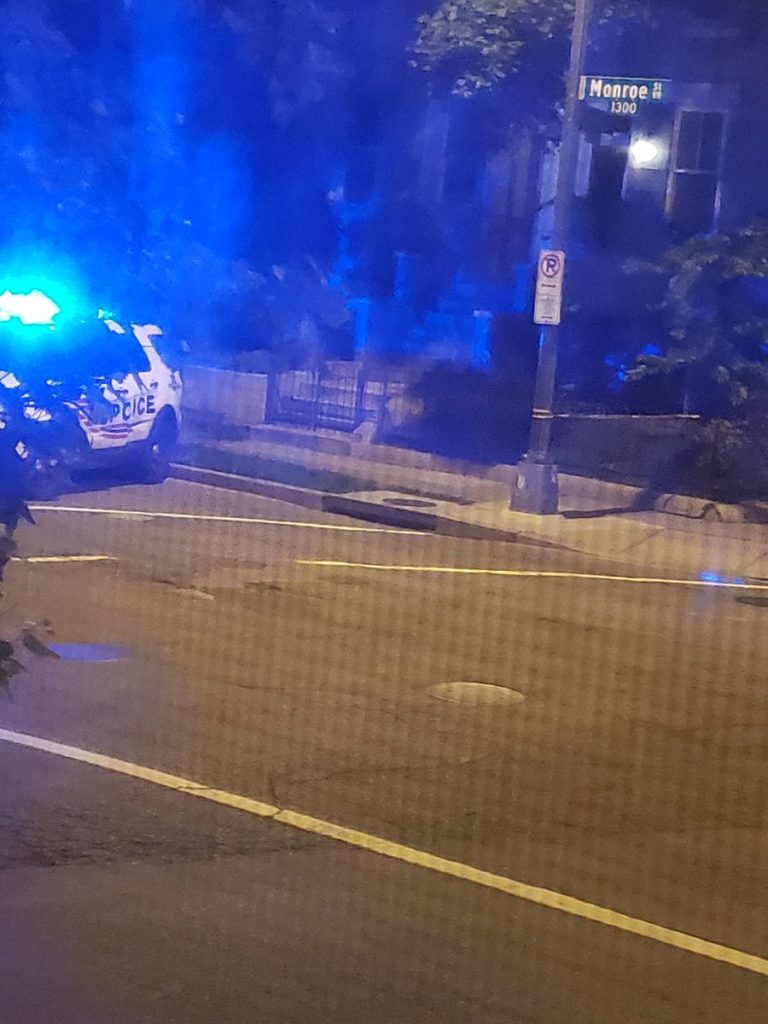 “The Third District is currently investigating a shooting in the 1300 block of Euclid Street NW. An adult male has been transported to an area hospital with a non life threatening injury to the leg.

“Last night around 11:30 pm, Fourth District units responded to the 1300 block of Monroe Street, NW, for the reports of gunshots. Investigation determined one vehicle was damaged by the gunfire, and ballistic evidence was recovered on the scene.

Anyone with video or additional information regarding this incident is asked to call 202.727.9099, or TEXT 50411. Links to video may be included in text messages and will be included in the case file if received (please include the address of your camera in the message). The case (CCN) number is 19-094-675.”

Regarding these shots fired, one reader reported:

“I saw two groups of teenagers about to fight. I saw one kid with a metal pole I heard him threaten someone and then there were about 5 to 6 shots.”

“The Third District is currently investigating a shooting inside of an apartment in the 1400 block of Fairmont Street NW. An adult male has been transported to an area hospital with a gunshot wound to the hand. Our initial investigation has indicated that this was an accidental shooting as a result of the mishandling of a firearm. The weapon has been recovered on the scene. We will continue to investigate to determine if the weapon is properly registered and will take the appropriate enforcement action upon conclusion of the investigation.

Next
7:30pm Shooting Saturday in SW