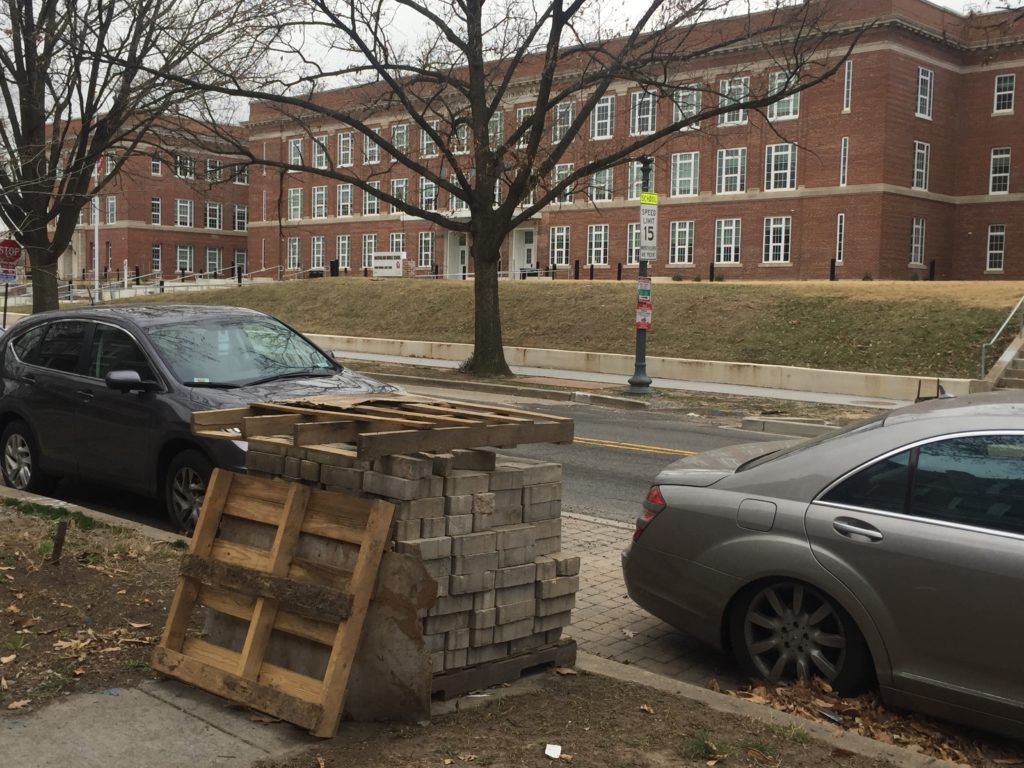 During the renovation of MacFarland Middle School last summer, construction crews removed pavers from the parking lanes on Iowa Ave to put in new water pipes and other infrastructure. The pavers were left on a pallet in the 4400 block.

Construction ended and the school was opened in August, but the pallet of pavers remained. There was still work going on in the general area, but by December it was clear the pavers had been forgotten.

I contacted the city via 311 in December and was passed to DCRA who passed me to DPW, who said the Pavers were associated with a work permit that was open for Pepco. I waited another week and called 311 again and DPW said they would look into it.

It’s now mid-March, the pavers remain and Mr. Todd’s office has stopped responding to me. 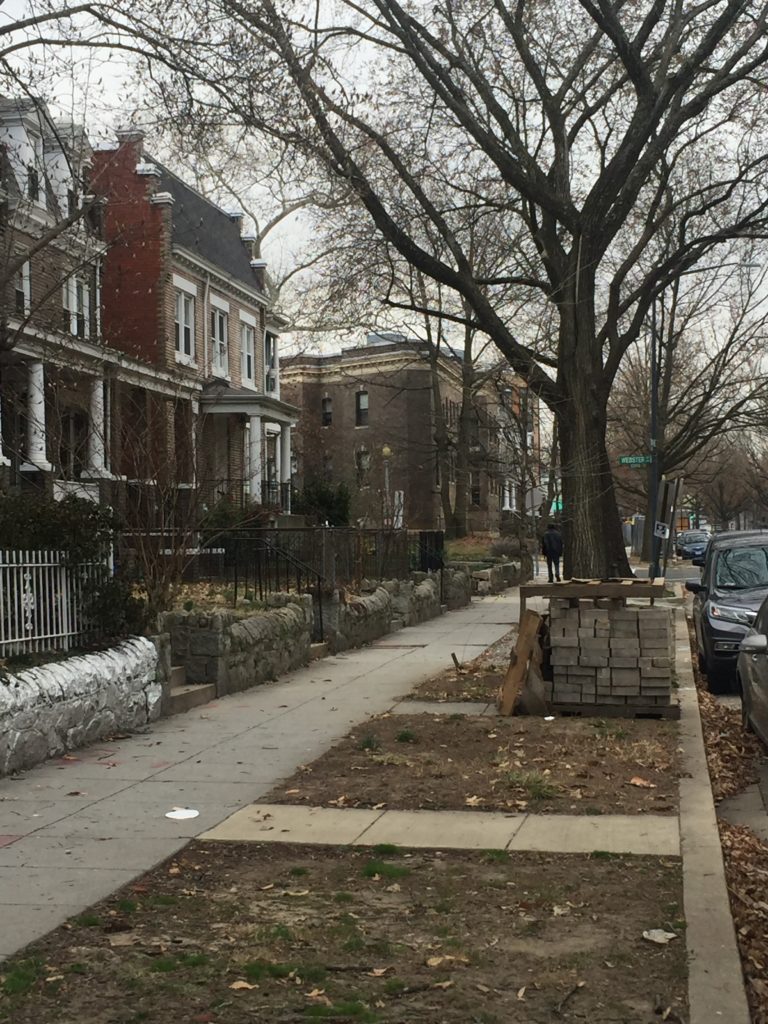