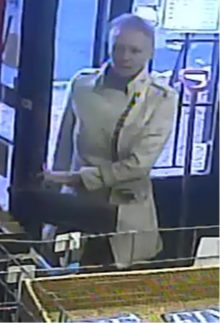 “Detectives from the Metropolitan Police Department’s Criminal Investigations Division announced an arrest has been made in reference to a Kidnapping offense that occurred on Tuesday, January 15, 2019, in the 2800 block of Dumbarton Street, Northwest.

At approximately 4:55 pm, the suspect grabbed a juvenile victim and attempted to lure them away from the listed location. The suspect then fled the scene on foot.

On Friday, January 18, 2019, 37-year-old Susanne Purdy, of no fixed address, was arrested and charged with Kidnapping.”