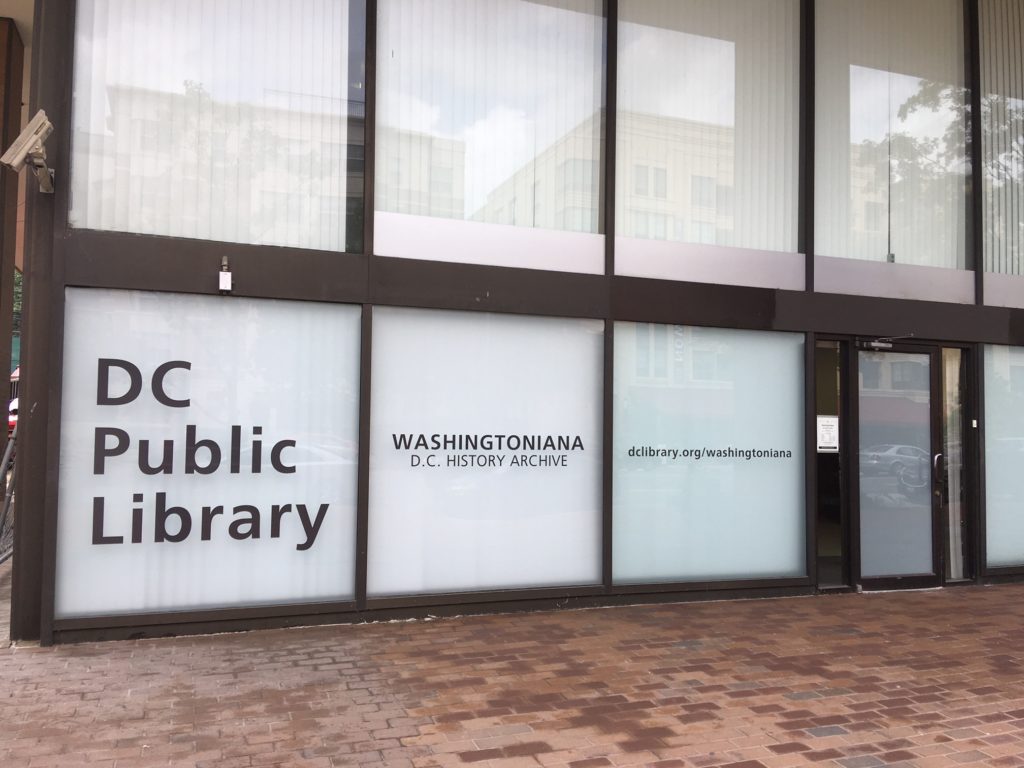 “Since moving out of the Martin Luther King, Jr. Memorial Library in March 2017, Washingtoniana has been ensconced at the Carnegie Library at Mt. Vernon Square (our original home) and at the Newseum on Pennsylvania Avenue,

Our third and final location (until MLK reopens in 2020) is in a former bank. The space we occupy at 4340 Connecticut Avenue NW was originally Columbia Federal Savings, which opened on January 17, 1977.

But even earlier than 1977…going back almost half a century…the space that our collections occupy was the parking lot for the legendary Connecticut Avenue Hot Shoppes.

The footprint of the restaurant occupied the southwest corner of Connecticut and Yuma, and the rest of its property (where Washingtonian sits) was utilized as its parking lot.

It is fun to think that from 1930 to 1975 the sounds of beeping horns, slamming car doors, and the excited squeals and chatter of children, teenagers and adults looking forward to consuming a Mighty Mo burger, a “Teen Twist” sandwich, an Orange Freeze milkshake, or Hot Fudge Ice Cream Cake, reverberated in a space now occupied by books, maps, photographs, and microfilm that document Washington’s history!

Appointments can be scheduled Tuesday or Thursday between 11 a.m. until 6 p.m.; Monday, Wednesday, or Friday between 10 a.m. until 4 p.m.; and on the first and third Saturday of the month. We also have walk in hours between 2 — 4 p.m., Tuesday through Friday.” 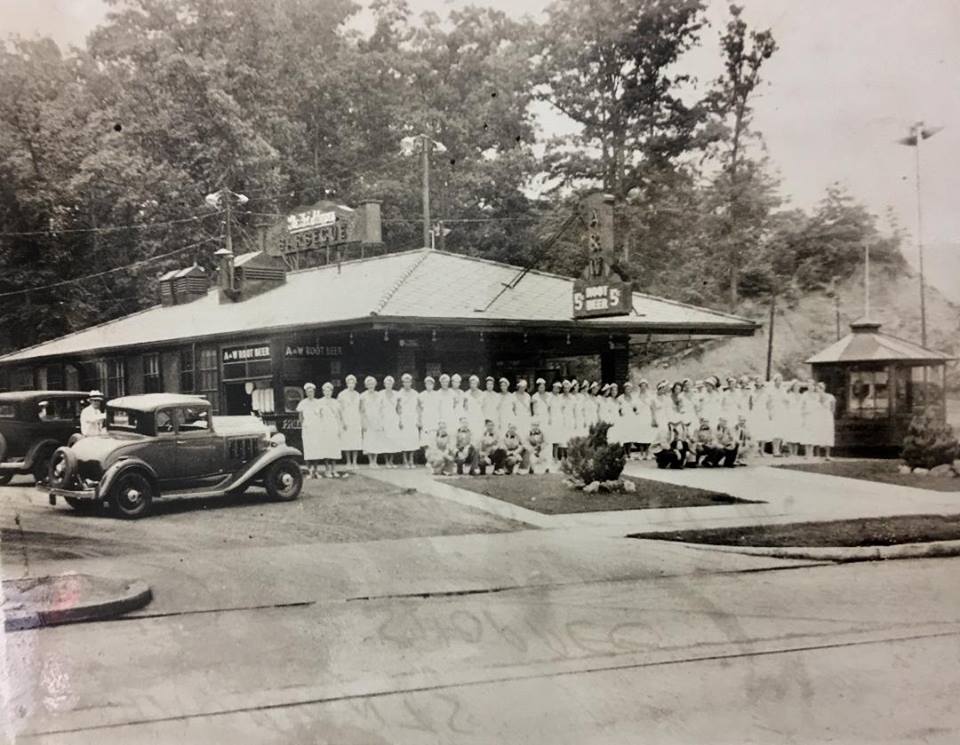