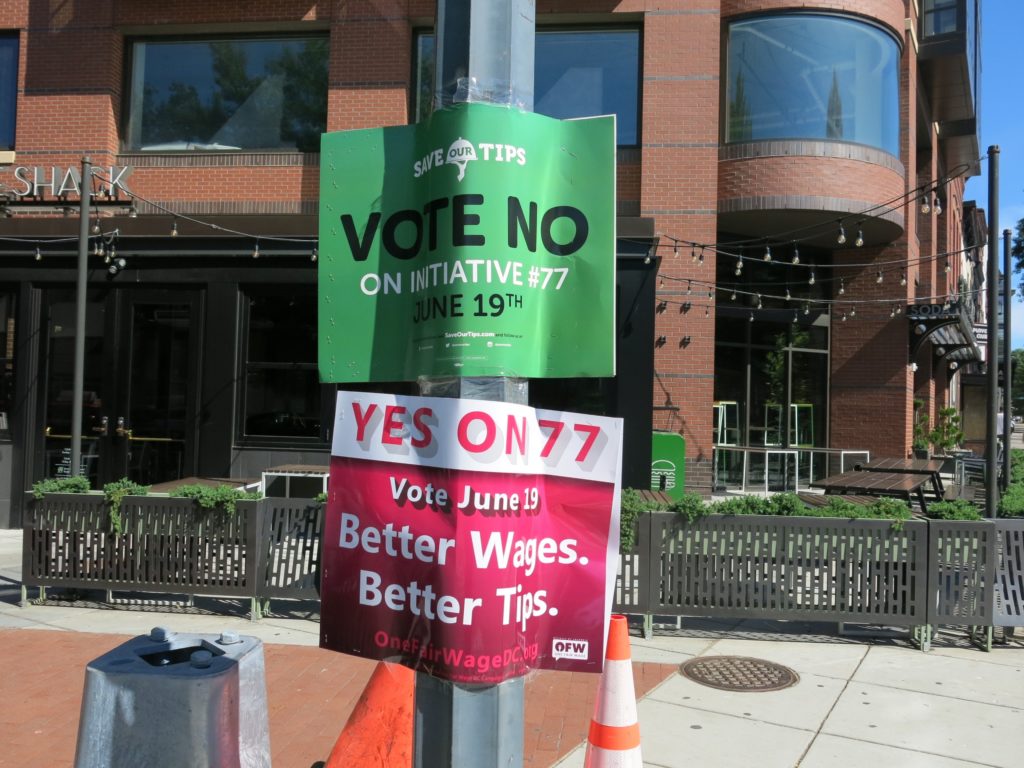 “The D.C. Council will vote next Tuesday on a bill repealing Initiative 77, the ballot measure approved by D.C. voters in June that would gradually raise the minimum wage paid to tipped workers.

The bill repealing Initiative 77 already has seven co-sponsors, the exact number needed to pass the Council. But because it is being considered as an emergency measure, it will need nine votes to pass, and would only remain in effect for 90 days. The Council would eventually have to vote on a permanent repeal bill.”

So should the Council repeal the bill completely, not at all or work on some sort of compromise?

More Stories
They are multiplyingRandom Reader Rant and/or Revel