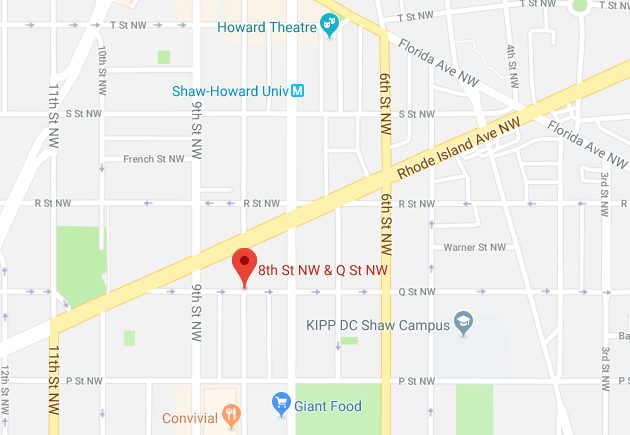 Yesterday morning I was assaulted by another woman while I running (9:20am) at the corner of 8 and Q St, NW. The woman was in front of me, and as I went to pass her on the left, she stuck out her foot and tripped me,

Then pushing me into the short metal fence. She also proceeded to yell at me and insult me for basically just running.

It was pretty shocking. Descriptio: African American woman in her mid 30’s around 5’5″ maybe about 150 pounds with long braids and she was wearing a blue football jersey and dark sweatpants. She did not appear to be ill or anything like that, but It’s hard to judge.

I was not seriously injured but pretty bruised and cut up. I just hope that this doesn’t happen to anyone else or worse. I thought that I should share, so that others are aware and to keep safe. I’m curious to know if this has happened to anyone else.”

It had been 2 days since our last stolen wheels report. You can see some MPD suggestions on ways to prevent a Helluva Way to Wake Up here. Erica sends…

Read more →
More Stories
Random Reader Rant and/or Revel“After an amazing 8 years, we will close the doors of our downtown location on Tuesday, August 28th”