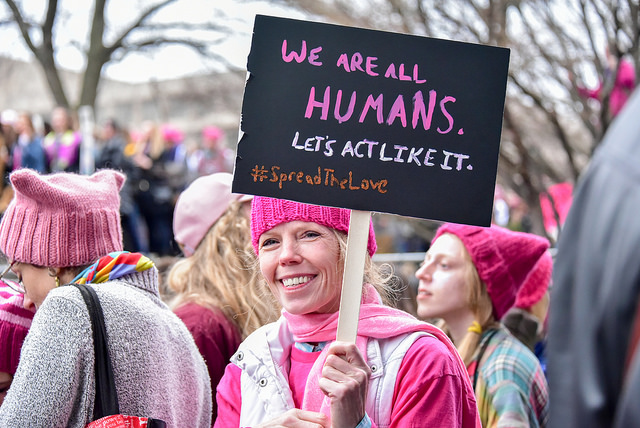 I live at 14th and N, NW. Right now 14th street is undergoing its seemingly annual construction. I have to walk down 14th St in those 2 blocks between N and P several times a day. The harassment is driving me out of my mind. It seems especially bad this year. Yesterday I was on my way to teach a yoga class and three workers had a conversation around me, “Ooooooh, here’s a skinny bitch.” “Yeah but she got a fat ass.” “I’d f**k her.” Imagine hearing something like that around 4 times a day, if not more.

It’s a gauntlet. Add to that the drunken tourists in the evenings screaming ridiculousness and it wears a woman down. There’s not really another route to take without going a few blocks out of the way, and I still have to walk through their line of comments to get where I’m going or get home.

I know this is the song as old as time, but it’s gotta stop. Is there anyone at the city to report this to? What action is there to take? Or do readers at least have clever lines to shut them down cold?“