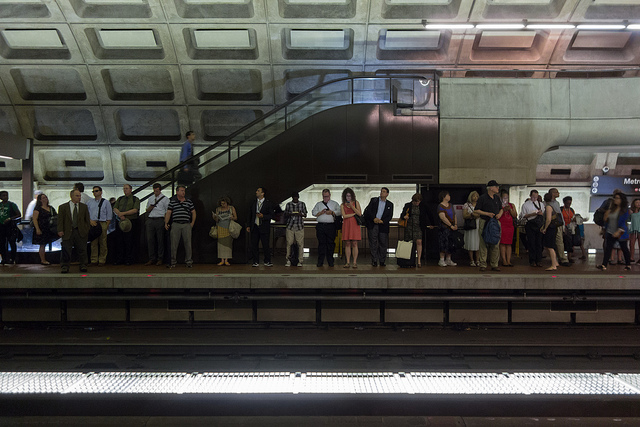 So about that free Wi-Fi…

“Metro is advising customers of evening and weekend service changes on the Red Line starting Friday, December 22, and continuing through Thursday, February 15, in order to extend a water leak-mitigation project and improve reliability.

The pilot, which began in July, is using a new waterproofing technique to reduce water infiltration in the Red Line’s deep tunnel segments that are prone to leaks. The pilot was expanded in October following early results that showed improvement in keeping the tunnels dry.

During the project, trains will single track during the evening and late night hours on weeknights, in addition to weekends, to allow Metro and its contractors to install a new waterproof membrane using a “curtain grouting” technique that requires drilling hundreds of holes through the tunnel ceiling and injecting a proprietary polymer-based material through the holes to form a protective layer on the exterior of the tunnel walls.

The deep tunnel segments on the Red Line between Dupont Circle and Grosvenor are well below the water table and were built before the widespread use of NATM, the New Austrian Tunneling method, which provides a tunnel with a waterproof membrane. As such, the tunnels are subject to water infiltration from the high hydrostatic pressure that can cause track infrastructure to more quickly corrode.

Due to the extensive length of the tunnel segment the project is expected to take eight weeks (including 9 weekends) to complete the work. During this time Metro will implement the following service changes:

At this time the work involves single tracking only. Metro will update customers if there are any changes to the service plan.”