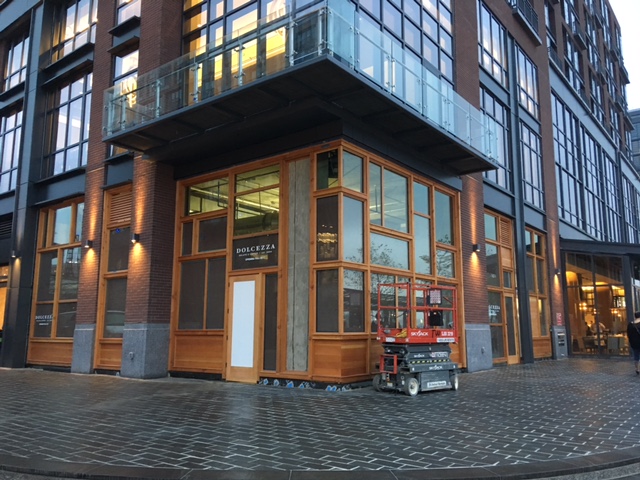 Co-owners Robb Duncan and Violeta Edelman aim to create a space that will remain lively throughout the day, to be enjoyed by district locals and visitors alike. “The opening of the Wharf is a game-changer for the DC dining scene,” says Duncan. “We’re excited to have neighbors like Requin, Kaliwa, even The Anthem — and are looking forward to joining the local dining conversation with more options.” Those options include Southern-inspired biscuit sandwiches with fried chicken or eggs and bacon, steak and egg breakfast bowls, huevos rancheros, and more. 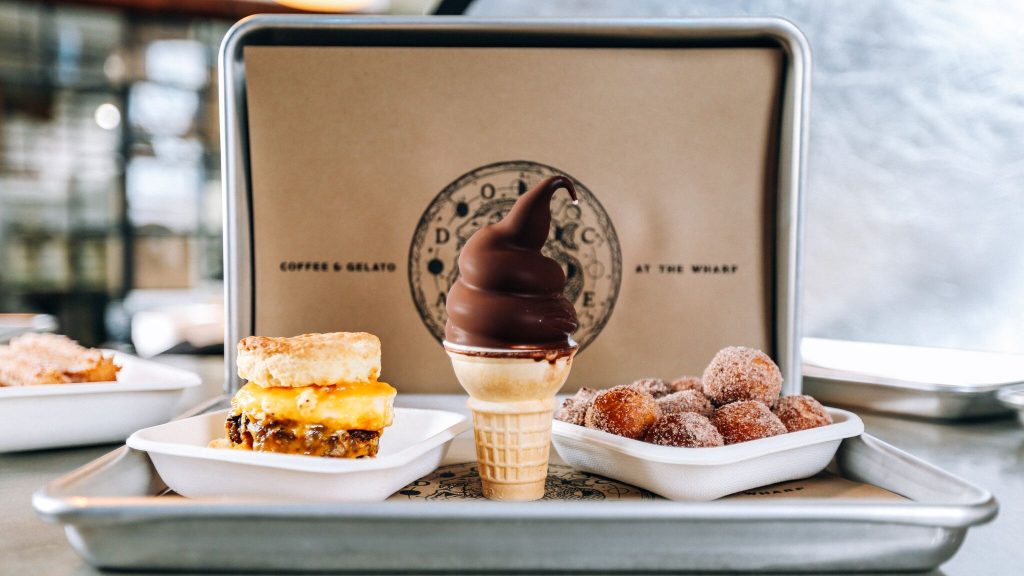 The 1800-square-foot cafe is the biggest Dolcezza cafe to date, and the first to house a full kitchen. Culinary Director Victor Vasquez tested new menu items at existing locations for over a year: Breakfast croissants and light snacks appeared on the menu at Dolcezza’s Mom & Pop cafe in Mosaic District, and composed desserts were featured at various restaurant pop-ups and special events like the James Beard Sunday Supper series. 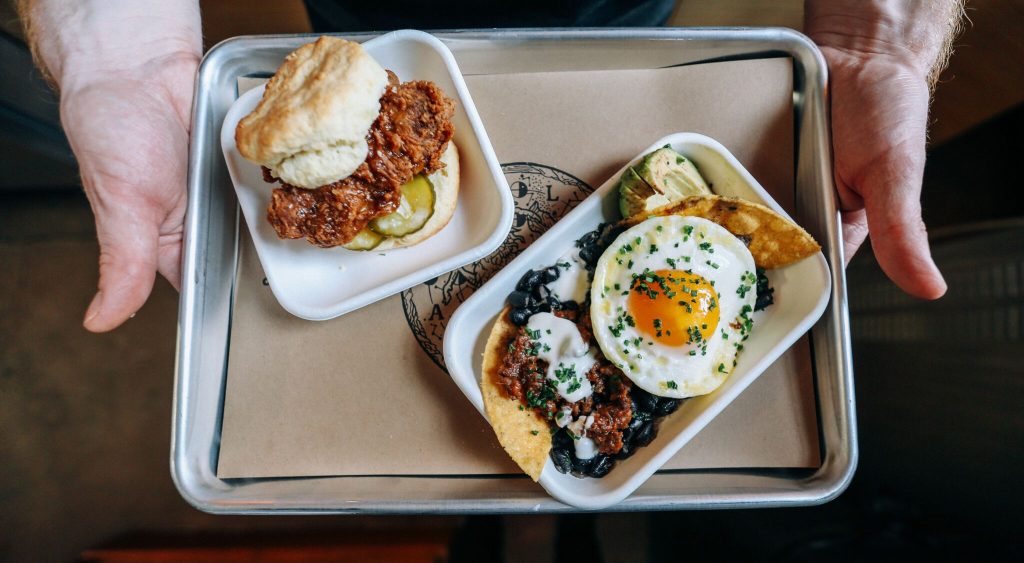 “Fried chicken biscuit, huevos rancheros, and the rest of the breakfast menu are available for dine-in or take-away.” Photo by Farrah Skeiky/Dim Sum Media

“This is an opportunity for Dolcezza to share some of our family favorites and breakfast cravings with DC,” says Edelman. “We want our guests to spend their mornings and their evenings with us in an environment that celebrates talented chefs and business owners who continue to make the DC food community special.”