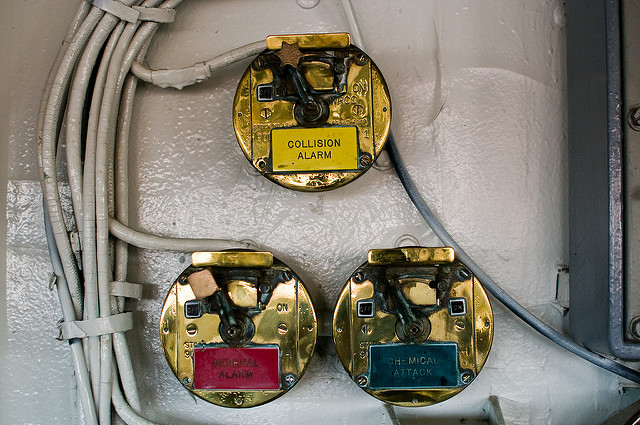 Last night around 8pm, the security alarm at the New Hampshire Ave Pharmacy in the small strip mall at Farragut Street NW and New Hampshire Ave started blaring. My husband and I went to go to bed later with it still going off, but we saw police cars there, so we assumed the sound would stop soon. Unfortunately, it did not. My husband called 311 to see if they would help, but once again, the alarm continued to scream through our neighborhood. I managed to fall asleep as the sound became like white noise to me, but at 1:45am I woke up and struggled to go back to sleep, because the alarm WAS STILL GOING OFF.

This time I called 911, since now I felt like this was a neighborhood emergency. They said they would send a car over, but once again the alarm was not turned off. I wok up a few more times throughout the night, equaling one of the worst nights sleep of my life, and now at 6:15am as I am getting ready for work, the alarm is still sounding. I obviously have an issue with this for many reasons, but mostly I do not feel like this would ever happen in upper NW DC. Living across the street from low income housing in a diverse neighborhood, it feels as if no one cares that all of our sleep and sanity has been disrupted. Just thought you should know what my night was like.”