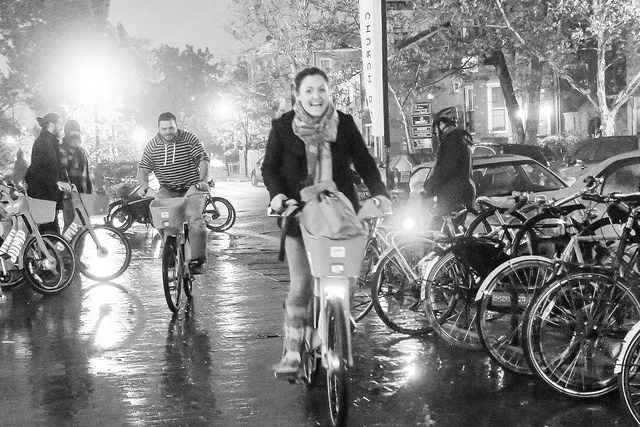 This morning as I was unlocking a Jump Bike on the bike racks outside the Woodley Park Metro, a woman who was locking her own bike lectured me on how it was improper for bike shares to be left on the racks because the racks were for people like her who own their bikes. She went on to claim, as if she knew this for a fact, that the city would not give Jump Bikes a contract after the current trial period because their bikes take up rack space. She then walked away.

I have no idea if what she is saying is true, but I am a big fan of Jump Bikes since the electric motor makes my uphill commute tolerable. DC is a hilly city, and a muggy city for much of the year, so many of us stand to bike more with the electric bikes as an option. Bottom line, I would be very sad if Jump Bikes couldn’t get a contract.

Personally, I see no reason why people who own bikes are more entitled to the bike racks than people who rent bikes. If there aren’t enough bikes, the solution should be to build more racks. Anyway, I plan to writing to my Council Member to let her know that I love Jump bikes and hope they are here to stay and I would encourage other fans to do the same.”