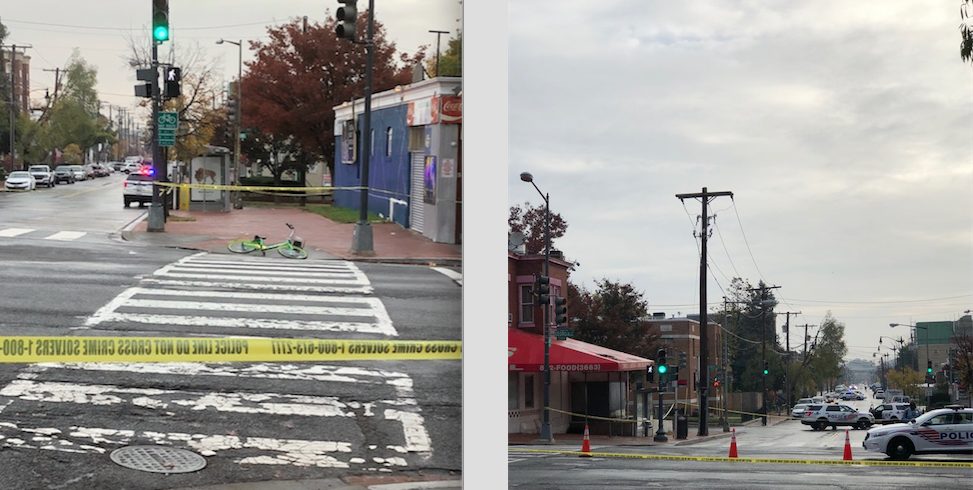 “Detectives from the Metropolitan Police Department’s Homicide Branch have announced an arrest has been made in a fatal shooting that occurred in the 5400 block of Georgia Avenue, Northwest, on Wednesday, November 8, 2017.

At approximately 11:52 pm, members of the Fourth District responded to the area for the sounds of gunshots. Upon arrival, they discovered an adult male suffering from multiple gunshot wounds inside of an establishment. DC Fire and EMS responded to the scene and found no signs consistent with life. The victim remained on the scene until transported to the Office of the Chief Medical Examiner.

The decedent has been identified as 22 year-old Jonathan Vilchez of Northwest, DC.

The suspect, identified as 23 year-old Mario Alfaro, of Northwest, DC, was located in the 800 block of Kennedy Street, Northwest, suffering from non-life-threatening gunshot wounds. He was transported to an area hospital where he was arrested and charged with Second Degree Murder while Armed.”

9th and Kennedy still shut down. So is Illinois. And Georgia. Fucking war zone.”

“On November 8th, 2017, at approximately 11:52 PM, members of the Fourth District were alerted to the sound of gunshots in the 5400 block of Georgia Avenue, N.W. Upon the arrival of the officers, an adult male victim was found inside of 5433 Georgia Avenue, N.W., suffering from gunshots wounds. The victim was unconscious and unresponsive, and was later pronounced deceased by medical personnel.

A short time later, a second gunshot victim was found in the rear of 830 Kennedy Street, N.W. This adult male victim was found suffering from gunshot wounds to the arm, stomach, and leg. The victim was transported to a local area hospital for treatment of his injuries.

Anyone with information concerning this offense is asked to contact the Metropolitan Police Department’s Command Information Center at 202-727-9099.”

5463 Wisconsin Ave towards Western Ave Thanks to Scott for sending: “Signage, carts, and coming soon bananas are up at the Amazon Fresh location in Friendship Heights / Chevy Chase.”