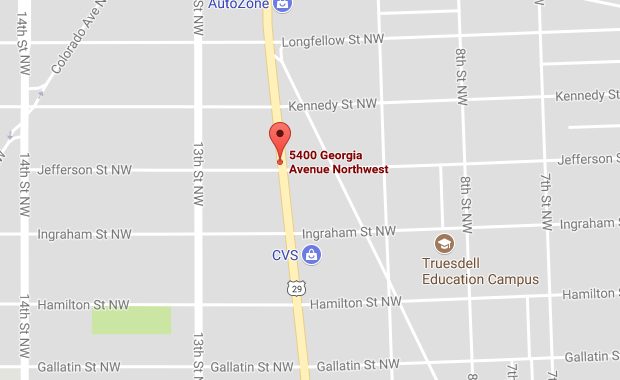 “Outreach representatives from the Mayor’s Office of Community Relations and Services is on the scene of a recent shooting investigation on the 5400 block of Georgia Ave NW.

Currently the 5400 block of Georgia Ave between Kennedy St and Jefferson St NW is closed in both directions.

The Metropolitan Police Department is still on the scene investigating the incident. Please avoid this area and follow the instructions of emergency management personnel.

We ask if anyone has any information related to this incident that they please contact the Metropolitan Police Department’s tip-line at 202-727-9099 or by text at 50411.”

“Detectives from the Metropolitan Police Department’s Fourth District are seeking the public’s assistance in identifying a person of interest in reference to an Assault with a Dangerous Weapon (Gun) offense that occurred in the 5400 block of Georgia Avenue, Northwest, on Monday, November 6, 2017.

At approximately 8:20 pm, the victim was walking to his vehicle at the listed location. The victim heard the sounds of gunshots and realized he had been struck. The victim was transported to a local hospital for treatment of non-life threatening injuries.

A nearby surveillance camera captured a person of interest in this case. He can be seen in the photo below and this video: https://youtu.be/ac6BTEVQo_o 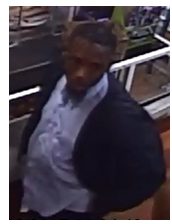 Anyone who has information regarding this case should call police at 202-727-9099. Additionally, information may be submitted to the TEXT TIP LINE by sending a text message to 50411. The Metropolitan Police Department currently offers a reward of up to $10,000 to anyone who provides information that leads to the arrest and conviction of the person or persons responsible for a shooting committed in the District of Columbia.”