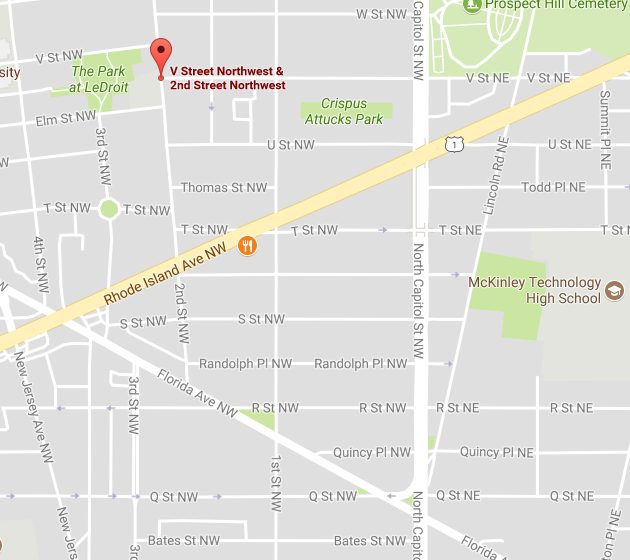 “The Fifth District is working a shooting in the 100 block of Q Street NW that occurred on November 22, 2017 at approximately 3:49PM. The victim reports while standing on the sidewalk he heard several shots then realized he was shot once in the upper left leg. The victim was treated at a local hospital. The Lookout for the male with the handgun is a medium skin, 18-40 years old, heavy build, wearing dark jeans and a black hoodie. Any information please contact 2027279099

As for right now there is no evidence to connect the shooting in the unit block of N Street NW that occurred on November 21 with this incident. The Fifth District Detective’s office is investigating both cases.”

“Earlier today [Thursday], at approximately 1:30pm, members of the Third District responded to the 200 block of V Street NW in reference to the sounds of gunshots. Upon arrival on the scene, officers located an adult female suffering from a gunshot wound to her lower extremities. The victim was transported to an area hospital with non-life threatening injuries.

Read more →
More Stories
Random Reader Rant and/or Revel“Downtown may look like a desolate wasteland, but don’t let it fool you. Adhere to all parking signs.”