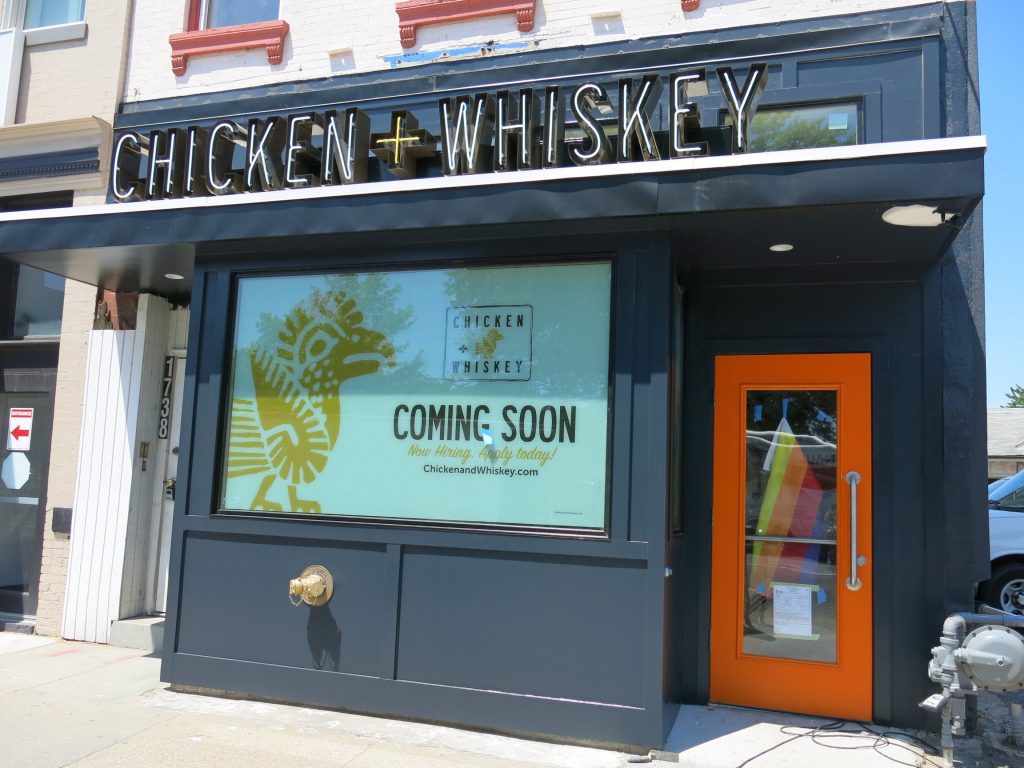 Last week I shared some scuttlebutt that Chicken + Whiskey would be opening today. ‘Tis true! From a press release: 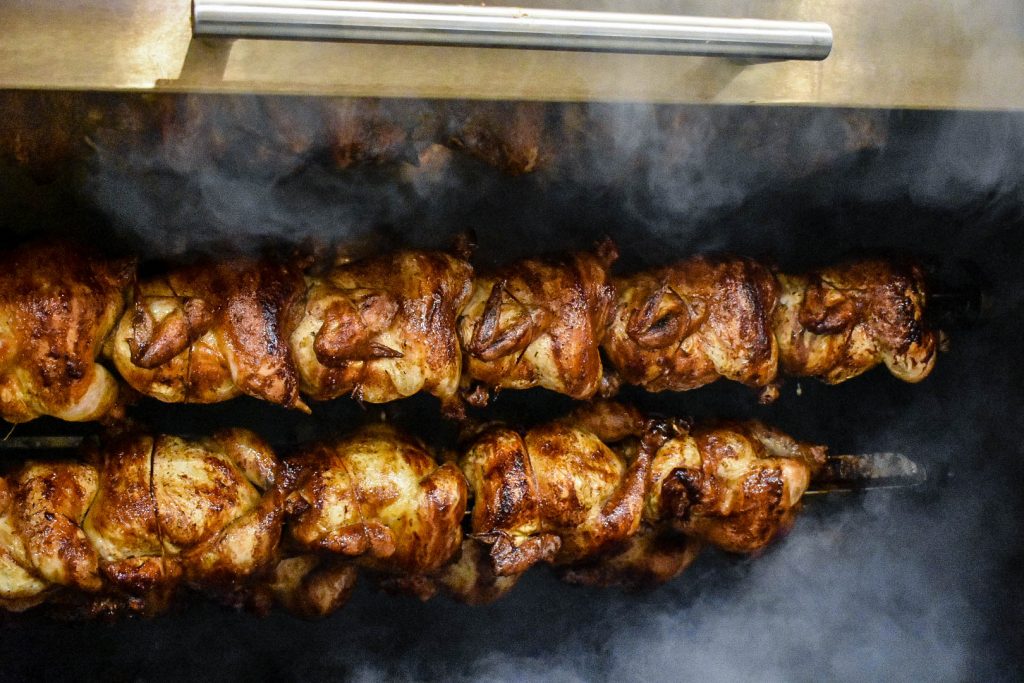 “CHICKEN + WHISKEY will open in the heart of 14th Street at 1738 14th Street NW,
Washington D.C 20009 on June 20th. In a converted 127-year old row house, Star
Restaurant Group (SRG) will launch an authentic South American rotisserie chicken
restaurant. Flavorful birds will be the focus in the front of the restaurant with casual
counter service while a whiskey bar will be outPitted in the back of the space. 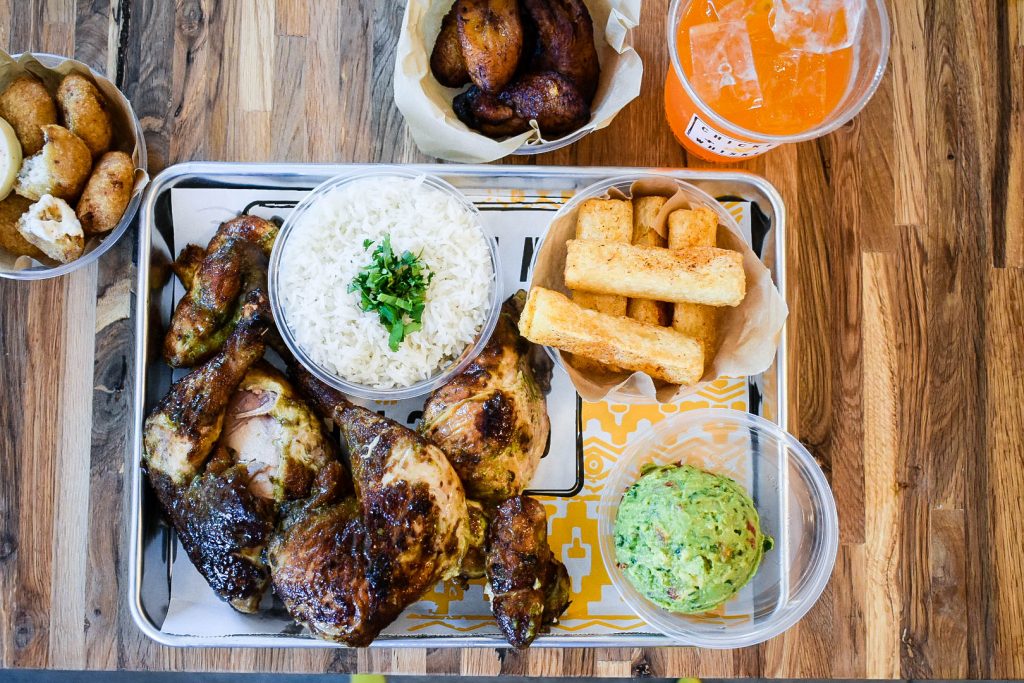 CHICKEN
Heading up the food program will be rising culinary star, Enrique Limardo, best
known for his Venezuelan cuisine at critically acclaimed Alma Cocina Latina in
Baltimore. At Chicken + Whiskey, Limardo will offer a limited and affordable menu
($12-$14) with a focus on Plavor and authenticity. The feature menu item will be the
Pollo A La Brassa, naturally Plavored with a proprietary 12-hour brine, and slow
roasted over a bed of oak wood charcoal in Peruvian ovens. Other menu items
include sandwiches, salads and signature arepa.

+ WHISKEY (and Whiskey menu after the jump.)

Kris Carr will design the beverage plan with a whiskey list 66 bottles strong. Lesser
known domestic brands as well as unique international choices will be on the menu.

Longtime neighborhood resident, Charles Koch will partner with SRG on the project
as a managing principal of Chicken + Whiskey. International DJ, Koch will assist with
business operations and build an “all vinyl” music program for the whiskey bar.
Schamu, Machowski + Patterson (SM+P) have been contracted to do the design and
architectural work with a nod towards a 1940s-style eatery.