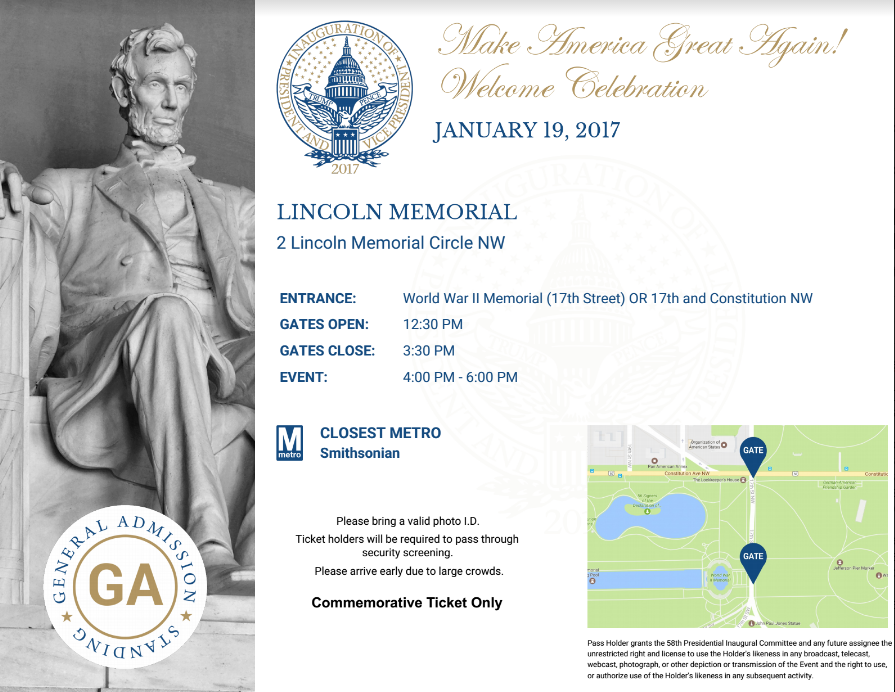 I’ve lived in DC three years now, so this is my first inauguration as a resident. I’m curious to ask others who have lived here for prior inaugurations:

Is it normal for them to be giving out inauguration tickets like candy? In the past several days, I’ve seen numerous ads for “free tickets” on Facebook, on news sites, etc. not only for the inaugural concert, but the inauguration itself. It seemed strange to me, but I did hear that the turnout is expected to be less than half of what Obama’s 2009 inauguration garnered, so maybe that’s why they’re practically begging people to come?

Secondly, the tickets I was sent after registering say “commemorative ticket only” and do not feature my name, a barcode or any other features that you’d normally have on a ticket you’ve registered for. Is this normal?

Again, I have nothing to compare this to, so I’m curious what others have experienced.”