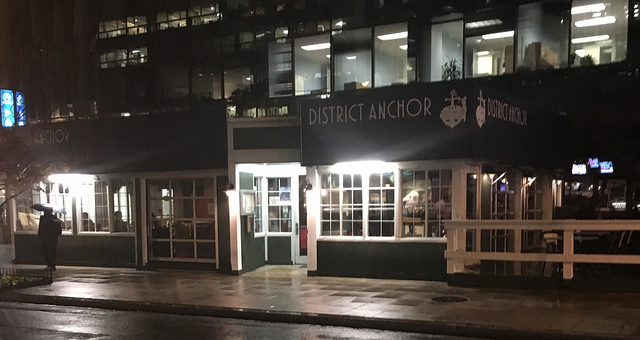 Thanks to all who emailed (also in yesterday’s rant/revel) this soul shaking news about Rumors. But once the shaking stops all is not lost. Back in May Borderstan reported District Anchor comes from the owner of Arlington’s Quarterdeck:

“The restaurant will serve crabs and beer…But Rumors won’t close, the source said. Instead, employees will serve seafood under the District Anchor banner during the day and sling drinks as Rumors late into the night.”

Stay tuned for more info as well as confirmation that the Rumors flag shall fly at night.

Read more →
More Stories
Random Reader Rant and/or Revel50% of you Rejoice!! An Apple Flagship Store is coming to the Carnegie Library!!!