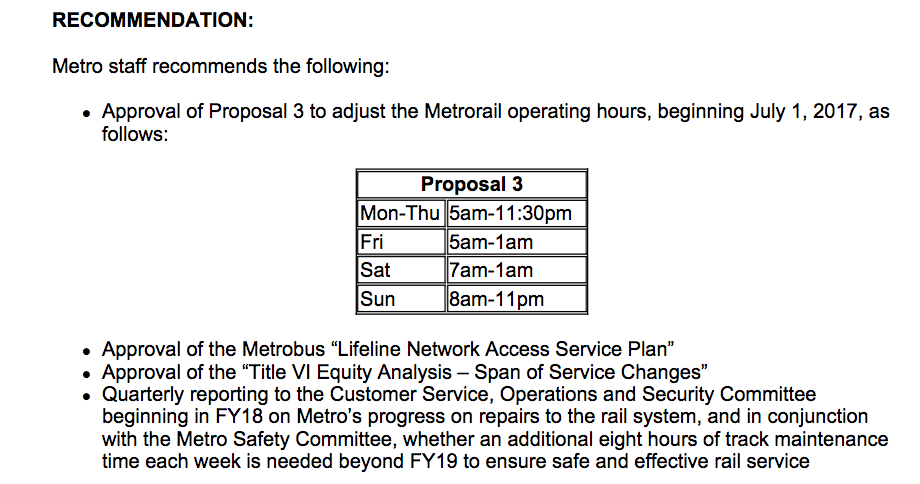 “Our position on WMATA’s late-night service has not changed: soon after SafeTrack, late night operations should resume. As the nation’s capital and home to over 670,000 residents, we need a Metro system that works for everyone – residents, workers, employers, and visitors. That means having a Metro that stays open late as the region continues to grow. The staff recommendation falls far short of what we owe all riders: a safe, reliable system that meets their needs.”