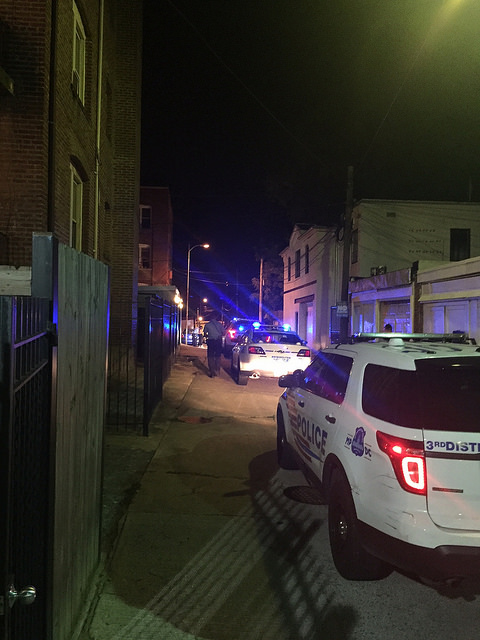 “There were some shots fired, followed by a fairly sizeable police presence, around 4 am last night on Monroe NW between 11th and 13th. Anyone know what happened? The cops were looking in trash cans in the alley behind my house. Not quite sure where it happened.”

“Around 3:30 am I woke up to someone banging on a door near our place (close enough that it work me up on the 3rd floor of our row house). A minute later I heard two shots — I was wide awake at this point and was hoping that I was hearing things. Then three shots followed, extremely and terrifyingly close. I immediately called the police and reported it. By 3:45 we had a patrol car come by and stick around for about two hours.

My other roommate left the house for work at 5am and reported police tape and a patrol car blocking off our alleyway. Any insight from our neighbors would be appreciated. Stay safe!”

“Was awoken around 3:50am last night by five shots fired in the alley behind the 3500 block of 13th St. This was the scene about 15 minutes later. Officer told me a gun had been recovered. Didn’t see an ambulance so not sure if anyone was hit.” 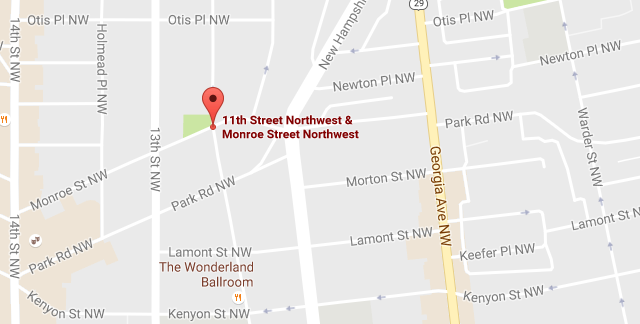