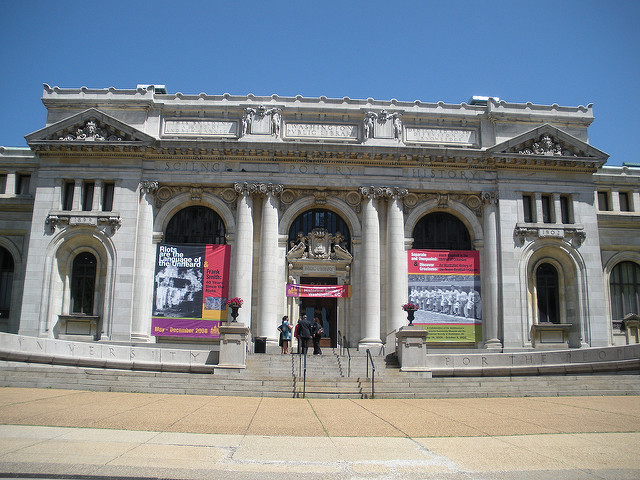 This is a multiple reader request (apologies for the delay). The Washington Post reported on Wednesday:

“Representatives from Apple have proposed opening a flagship store and events center in one of the District’s most prominent and historic buildings, the Carnegie Library in Mount Vernon Square…

Its protected status, however, has made it difficult to re-use. A stint as local history museum lasted barely a year. A planned music museum there never opened. And the International Spy Museum initially planned to move in but opted instead for L’Enfant Plaza after its plans were turned away by the city’s historic preservation panel.”

The story also notes that current resident, the Historical Society of Washington D.C., will remain in the building too until at least 2098. Anyway, what do you think – good idea or bad idea? Regardless of how you feel, do you think it will really happen or at least has a chance? Or should we still hold out hope for somewhere in the U Street Corridor? The Wharf? Where do you think the next Apple store would fit best in the District?