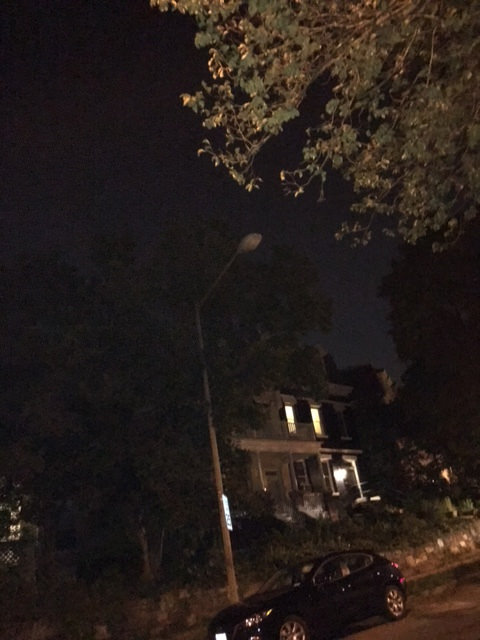 A reader passes on an update from August 11th’s report, as was the case then, I’m not attaching all the photos of lamps out but I vouch they were in the original email.

I had the opportunity last night to go out after 10 pm to walk the neighborhood I live in – Mt. Pleasant. I did a cursory survey of streetlights being out in the residential section. I did not survey the alleys and did not walk every block though I believe I was able to get to many streets; walking for about 2 hours.

I found 11 streetlights out, and 1 was out and only came on after I came close to it (walking up the steps of the adjacent house to get the address). Pictures of most of them (one with 2 out) are included.

Locations are as follows:

2 streetlights directly across from 1673 Park Road NW, one facing Mt. Pleasant Street NW and the other facing Park Road NW

1700 Newton Street NW (side of 1663 Newton, came on after approaching it by climbing adjacents steps and getting on porch near it)

Hobart Street at Irving, by side of 1826 Irving Street NW

Several questions would be:

When was the complete night time survey of Streetlights in Mt. Pleasant – streets and alleys?
When can it be expected these streetlights will be checked and confirmed working properly at night?

Thank you for your efforts.”