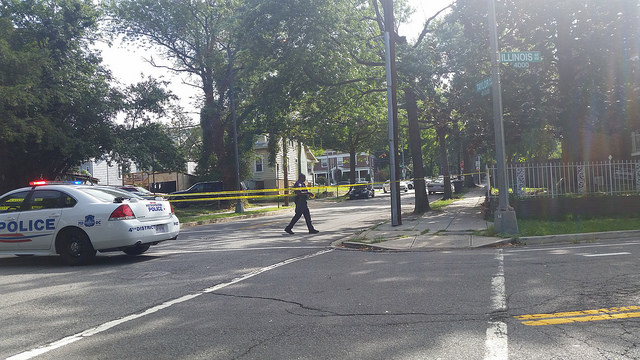 On Monday night a reader reported shots were fired around the 4000 block of Illinios Ave, NW at 11:30pm. “6-8 shots fired”. The ANC rep responded in the comments:

“MPD confirms they responded to ‘sounds of gun fire’ but found no evidence or individuals needing medical attention.”

And now a reader updates us that shell casing were found Wednesday morning: “They found a bunch of casings on Taylor between Illinois and 4th this morning.”

Another reader reports: “Looked like at least 5 spots marked”.

According to one resident some officers on the scene “didn’t even know about the report of shots fired Monday”.