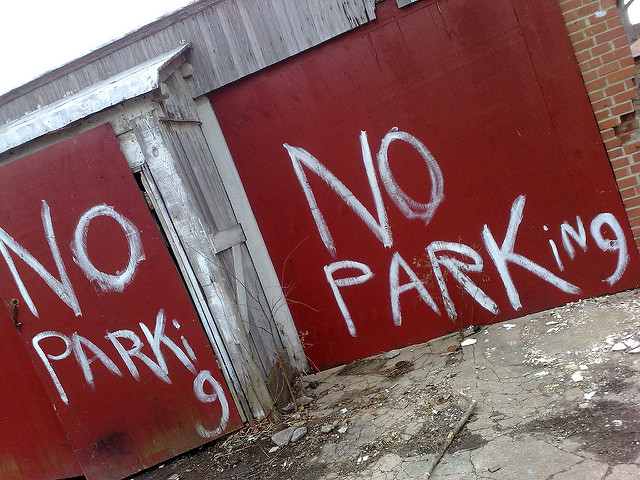 Your Vault or Mine?

I am part of a group of condo owners in a condominium developed in 2012 in DC. The developer of this new building sold us a parking space, with a separate deed, along with our condo unit. We have all been paying taxes on both the condo unit and the parking space since purchase.

In 2016, the condo developer finally got around to filing the “plat and plans” with the city government. It is at this time that the city found a discrepancy with the “plat and plans” given to us at closing and the actual survey of the land underground wherein the parking spots sit. The discrepancy suggested that the city actually owns the land under these parking spots and they lie in what is known as “vault space.” The city now wants to take away our deed to the parking space and, instead of taxing us, rent us the space. There is obvious loss of value to any condo owner who bought one of these parking spaces.

The city government has wanted to enforce its interest in these “vault spaces” after a law was passed in 2015 by the city counsel. This is an obvious money maker for the city who has hardly ever enforced the city ownership on these vault spaces in the past.

A claim letter mailed to our title company proved useless because there was a handy clause that excluded them from doing anything about this. The attorney general for the city is looking into whether criminal charges should be brought against the developer for selling parking spots with what appears to be inaccurate plat and plans. Our only recourse now left for the owners is to try and legally petition the city to help us right this wrong. We need a very good real estate attorney that knows how to work with the city government and preferably has experience with vault spaces. My suspicion is that this will fast become an important issue now that the city government knows that money can be generated renting these vault spaces to home owners across the city.

PoPville: have you been in a similar situation or do you know of a qualified attorney who can help us navigate this?””

More Stories
“Where do people find their apartments these days?”Today’s Rental is a “Spacious English basement w/separate entrance on quiet, tree-lined street”