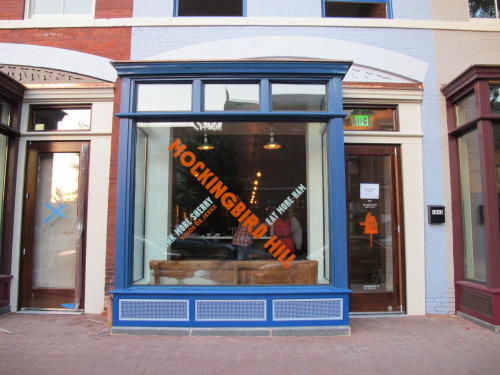 Design and architecture firm Edit Lab at Streetsense, which recently rebuilt Brown’s Columbia Room to much acclaim, will re-envision Mockingbird Hill as a cocktail bar, continuing to offer sherry by the glass and hand-carved ham, but with a major expansion of its cocktail program.

“Sherry has always been our focus but we’ve seen the way our guests use the bar, and increasingly they want craft cocktails,” Brown says of the upcoming closure and remodel. “In fact, that’s always been part of how Americans drink sherry and a huge part of sherry’s past. So, we’re more than happy to oblige.”

Brown will bartend at Mockingbird Hill on Friday, June 24 and Saturday, June 25, and guests will enjoy a special featured menu throughout the bar’s last week of operation before the start of the remodel. (Brown is available for interviews by request.)

Read more →
More Stories
“Does anyone have any tips on how to protect the rest of my garden from this happening again?”“I am training for my first triathlon this summer and this was both my training and race bike.”