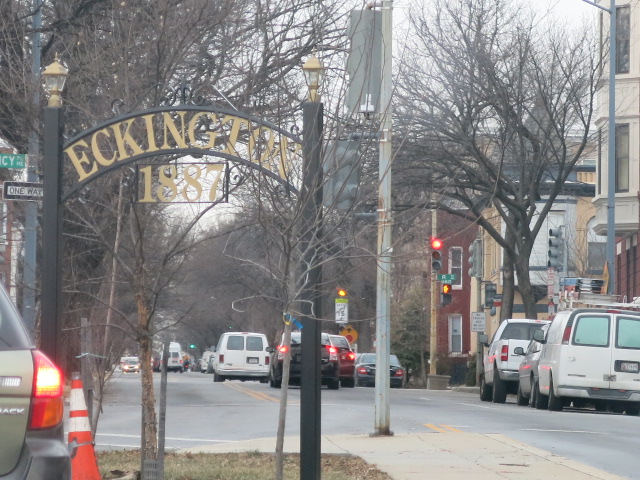 Eckington is one of many rapidly changing communities in Washington DC, with over 4120 residents [1], a number of which are low-income or elderly and/or disabled. Rapid changes in both the economic and racial composition of the neighborhood has stoked fears of gentrification as well as unbridled development, with its rushed and often ugly buildings. Historic Designation seems like a sensible response to the rapid pace of change.

Historic Designation, aiming to preserve the historic and cultural resources of the community, is in many ways a very appealing concept. But its implications are far-reaching and often unconditional. With greater oversight over developers and preservation of character, comes strict limits on homeowner rights and financial burdens on low-income households.

There is a broad set of pros and cons worthy of community discussion, including:

DC’s procedures for setting neighborhood Historic Designation status are at best lacking. Requiring only that a community group research neighborhood history, perform outreach, apply for designation, and defend its position in front of a seven- to nine-person Historic Preservation Review Board (HPRB). How the community group and the HPRB determine whether or not to proceed is up to them.

This process is rapidly creating new divisions in an otherwise tight-knit neighborhood.

Failure comes from the lack of guidance by the HPRB and Advisory Neighborhood Commissions (ANC) about how community sentiment – ‘for or against’ Historic Designation – should be measured. This leaves neighborhood organizations and individuals to cobble together their own process, often with little transparency, and with no assurances that the result would represent the preferences of the neighborhood. Without clear guidelines, the HPRB review process seems to encourage a shouting match whereby the loudest or most organized party wins.

Considering the importance of the proposed changes, a fair assessment of community sentiment should be required by either the ANC or HDRB. This might include city supplied ballots in prepaid mailers that allow community members to take a vote ‘for or against’ the measure. At least a simple majority plus the margin of error should be required to pass Historic Designation. Although considering the increased costs associated with Historic Designation (through increased repair/maintenance costs) a super majority might seem more appropriate in neighborhoods with a significant proportion of low and fixed income residents. Given this ‘higher bar’ for designation, the process might be more effective on a block-by-block basis, whereby neighbors can have better self-determination, and the landscape of preservation can evolve with the preferences of the neighborhood.

The DC Historic Designation process stands out only in its lack of foresight. This should be a well-honed routine, as there is no shortage of excellent implementation in cities across the nation (e.g. Salt Lake City UT, St. Petersburg FL), typically entailing publicly funded polling and tax incentives to home owners.

More Stories
“PSC Video is hilariously bad” or is it hilariously the greatest thing I’ve ever seen?Today’s Rental is “literally on the Hill”