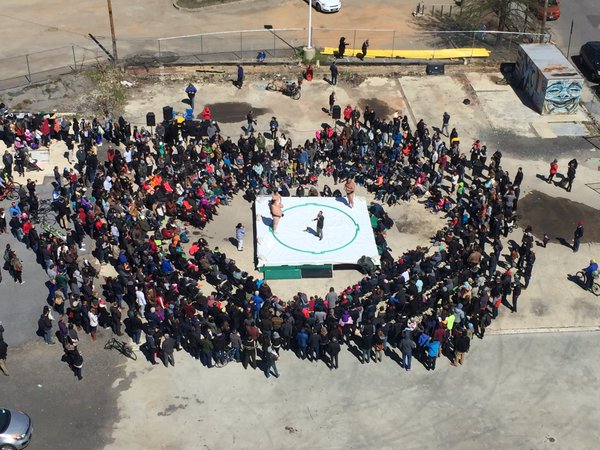 “Just casually watching a sumo wrestling match from our rooftop.” 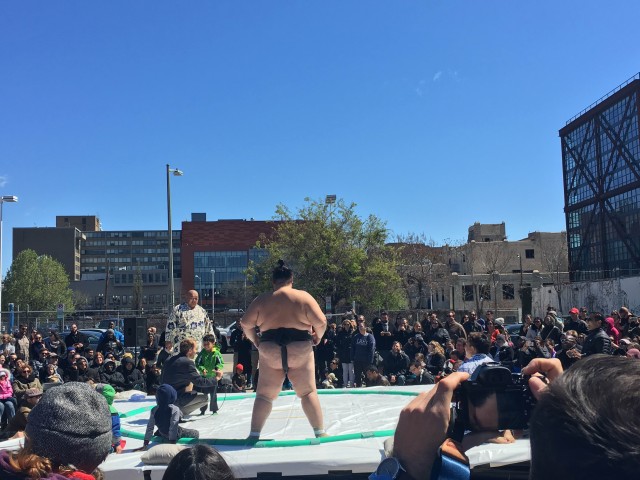 “Just got there for the very end of the event, but it was awesome and fun! This was right before the kid in the green jacket “fought” the “biggest man in Japanese history,” who is a 600 lb sumo champion.” 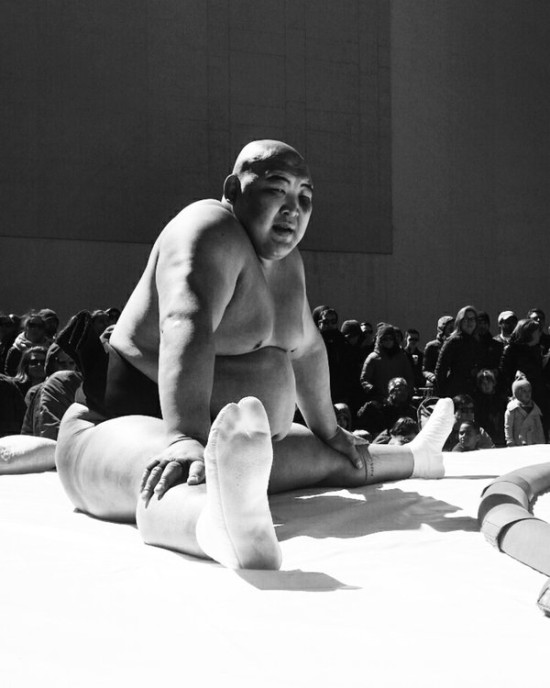 “Well, I had the coolest day ever ringside at #sumosunday.” 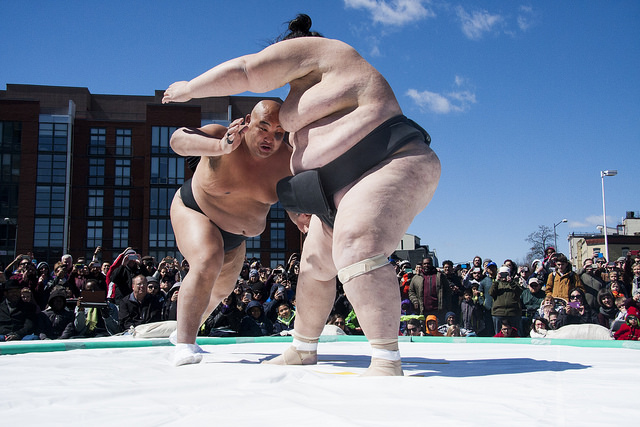