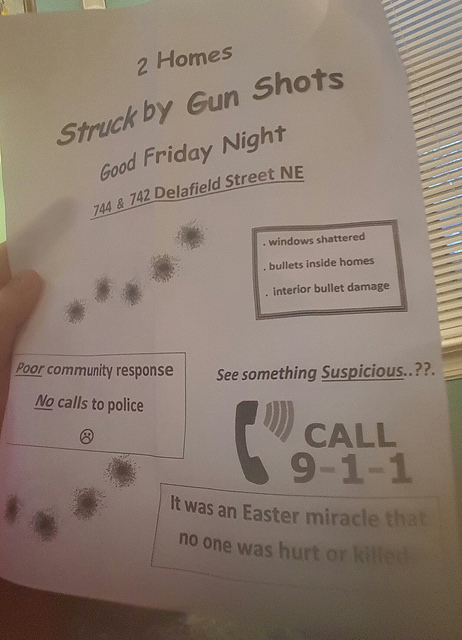 I came home from work today to find the attached flyer stuck in my mailbox. Looks like the shots I (and at least one other commenter) heard were not at 8th and Emerson, but around the corner on the 700 block of Delafield, NE.

Sad that there was damage, and terrifying that the bullets entered people’s homes. When someone asked about the 8th and Emerson shooting on the 4D listserv, an officer said that they responded and found nothing. Seems they were looking on the wrong block.

I hope that the person who made the flyer sees this and knows that some of us did call, and I hope MPD figures out what’s going on and arrests whomever is behind it.”

More Stories
“Every Nationals Game the Ugly Mug on Capitol Hill offers a free ride to & from the stadium in the Mug Bug.”“I want to ‘Dump Trump’ wine in my kitchen sink.”