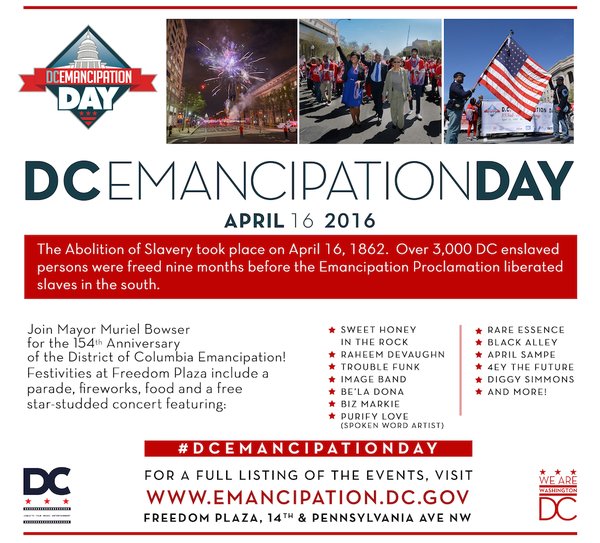 Mayor Bowser has proclaimed the theme for this year’s Emancipation Day as Championing Full Democracy for the residents of Washington, DC.” 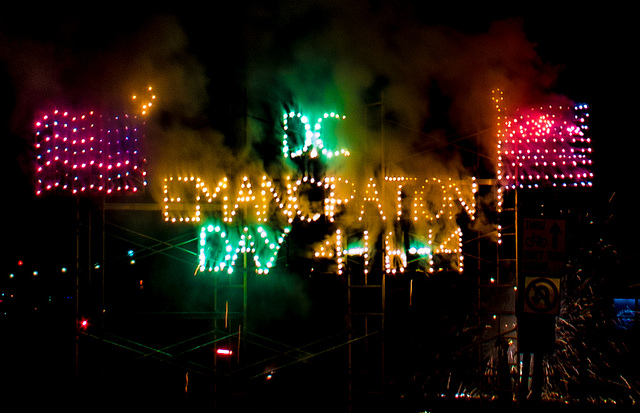