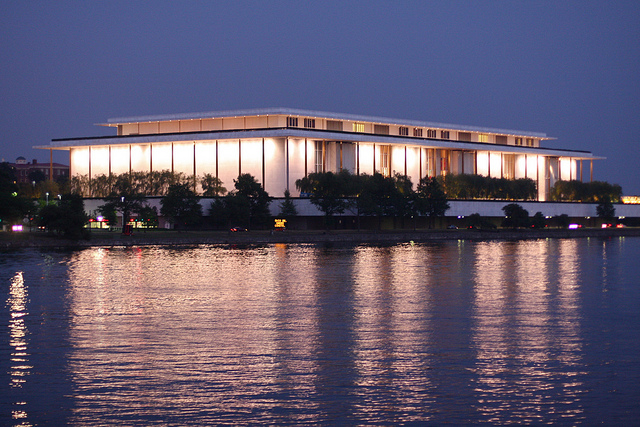 “The Kennedy Center presents Mexican acoustic rock guitar duo Rodrigo y Gabriela on Wednesday, June 29, 2016 at 8 p.m. in the Concert Hall, as part of their 2015–2016 tour. Making their Kennedy Center debut, the internationally acclaimed duo performs a unique blend of metal, jazz, and world music. Tickets start at $29 and go on sale to Kennedy Center Members on Monday, April 4, 2016 and to the general public on Thursday, April 7, 2016.

Rodrigo Sánchez and Gabriela Quintero have been playing together for more than 15 years. The musicians began their collaboration as young thrash metal fans in their native Mexico City, moved abroad and performed as street musicians in Dublin, Ireland, and finally became the globe-straddling, film-scoring, record-breaking touring artists that they are today. Known for their exhilarating live shows, Rodrigo y Gabriela have won the hearts of music lovers across the globe—from Cuba to California, and as far as the festival fields of Europe. The interplay between Rodrigo’s fiery lead lines and Gabriela’s rhythmic battery is of universal appeal.

Their fifth studio album, 9 Dead Alive, was released in April 2014 and it highlights intimate songs and intuitive playing that bursts with melodic energy and rhythmic invention. Recorded at their Pacific Coast hideaway, the record was distilled into nine songs that capture the two skilled musicians riffing and jamming together, teeming with desire, elegance, and gusto.

In addition to their five studio albums, three live albums, and single EP, Rodrigo y Gabriela collaborated with composer Hans Zimmer on the film score for Pirates of the Caribbean: On Stranger Tides, as well as contributed to the soundtrack for Puss in Boots.

More Stories
Get Free Coffee and Food from Pret a Manger While they Expand F Street LocationWhere is this House of the Day? (reader submitted)