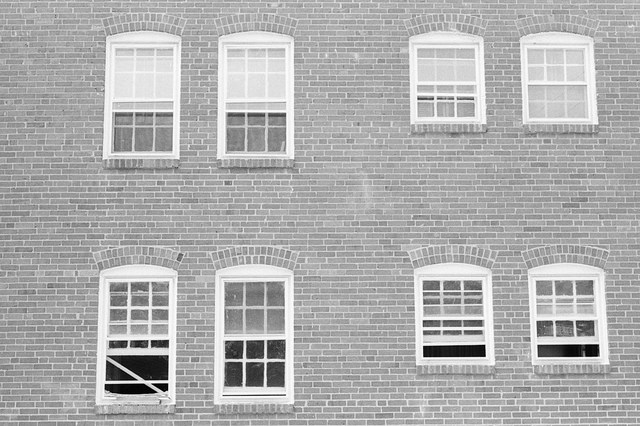 Last Wed (Sept 30th) around 11pm, I was getting ready to go to bed when I noticed a man staring through my living room window. I live in an English Basement with bay windows on the north side of Penn Ave on 6th St SE (just a couple of block from Eastern Market). The man actually walked past our gate and was hiding behind a big potted plant in front of the window. The majority of my blinds were closed and I only had the very top opened to let in some light. This is particularly creepy, because you have to get really close to actually be able to see inside, so it wasn’t that he just walked by and saw me, but had to actually come in and move around the plant’s foliage. As soon as he saw that i saw him, he ran out.

I called the cops and they sent an officer who took a report. Unfortunately, there’s not much they could do, but they were really nice and said they would increase patrol in the area and said to keep all blinds closed, especially at night when it’s easier to see inside when the lights are on. I doubted calling them, but they said to please always call when something like this happens. The next day I mentioned it to my next door neighbor and she said the same thing happened to her the week before around the same time. Neither one of us got a good look at his face, but we both noticed he was short, overweight, Hispanic/Latino and wearing a drawstring backpack.

Sending this out to warn anyone else living in this area of the Hill, since he’s clearly done this more than once. If you see him, please call the cops and make a report so they can increase patrol and hopefully catch the creep!”