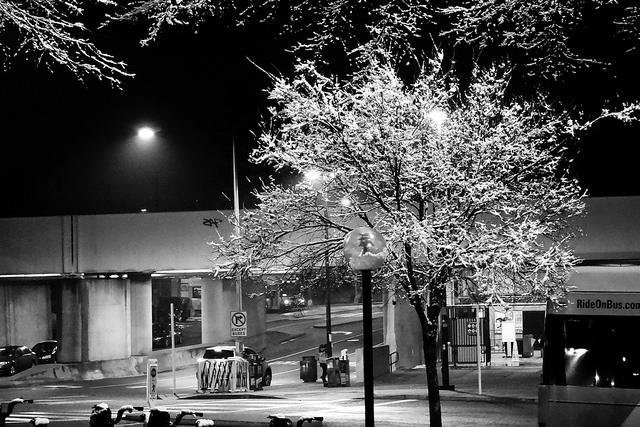 “There was a massive police response at the Takoma Metro Station at about 9:55 AM today, roughly 8-10 vehicles with lights and sirens, officers running into the station with some apparent urgency. Any idea what that was about?”

“Wondering if anyone has info on an incident that happened around 10am at the Takoma metro station – I was on a train headed towards Silver Spring when the doors opened at Takoma a young African American male flung himself into my train car about 2 feet from me screaming “HELP ME! HELP ME!” there was a woman on top of him screaming “GET DOWN ON THE GROUND!” and then I noticed the gun in her hands.

She was in plain clothes – though the way she was talking made me think she was police (she never identified herself as police though) and she had a gun in her hand as she was wrestling with the male.

I ran to the back of the train car and huddled with the other passengers while this went on for a good 5-10 mins. She was screaming for the train operator to close the doors but he couldnt because the male was trying to crawl into our car to get away from the woman.
Finally he got the doors closed and we pulled out of the station leaving them there on the platform.”

“Shortly before 10am a Metro Transit Police officer was pursuing a subject for fare evasion. The subject became violently combative with the officer and the officer called for back up. Additional MPD and MTPD units responded. OC spray was deployed and both the officer and subject were treated for exposure. An arrest was made.”