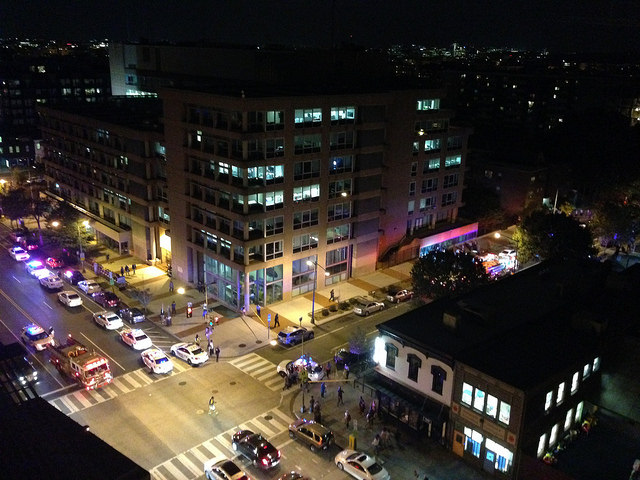 “Detectives from the Metropolitan Police Department’s Homicide Branch have announced an arrest has been made in the homicide which occurred in the 1400 block of V Street, Northwest on Tuesday, September 22, 2015 at approximately 8:25 pm.

Members of the Third District responded to the sound of gunshots and upon arrival, located an adult male suffering from gunshot wounds. The victim was transported to an area hospital where he succumbed to his injuries.

The decedent has been identified as 29-year-old Delany Christopher Epps of Northeast, DC.

Shortly after the shooting on Tuesday, September 22, 2015 at approximately 8:28 pm, a suspect was developed and 29-year-old Raphael Antonio Roy of Northwest, DC was arrested. He was charged with First Degree Murder While Armed in the shooting death of Mr. Epps.

“Detectives from the Metropolitan Police Department’s Homicide Branch are investigating a homicide which occurred at the intersection of 14th Street and V Street, Northwest on Tuesday, September 22, 2015 at approximately 8:25 pm.

An adult male victim was found shot at the location and transported to an area hospital where he later died.

A suspect has been arrested.

The investigation is ongoing. Additional information will be released as it becomes available.”

“Another shooting at 14&V, 6-8 shots at 8:25, I went out on our balcony and could hear people from on street saying the shooter ran east on V. There is a large group of people in front of the reeves center, blocked by the tree by provision. Victim(s) probably there.

Ambulance just drove down W St towards Howard with a cop car escort which leads me to believe the person inside was alive.

Search helicopter overhead must be looking for the suspect.”

“four shots heard at 14 and V, Nw. Cops everywhere. Looked like shooter ran down V heading for 13, cops in pursuit.”

Thanks to all who emailed and tweeted @PoPville. Updates when more is known.