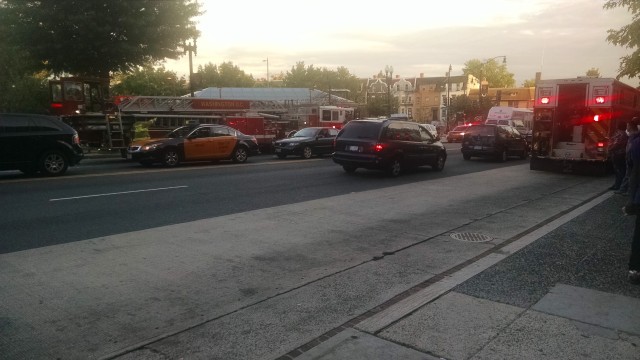 “Power has been restored in the Metro stations which had been affected by a power outage. Yellow Line and Green Line service have now been fully restored.”

“Huge fire presence at Petworth metro. Three or four fire trucks, at least one ambulance. Guys suiting up and going down into the metro entrance across from CVS. Anyone know what’s up?”

“MTPD confirming there is one train just outside Georgia Ave station. MTPD & DCFD are on scene and will be addressing this as priority #wmata”

“MTPD can confirm that DCFD has begun an orderly evacuation of the affected train (no power). Distance is ~100 ft to Georgia Ave Sta #wmata” 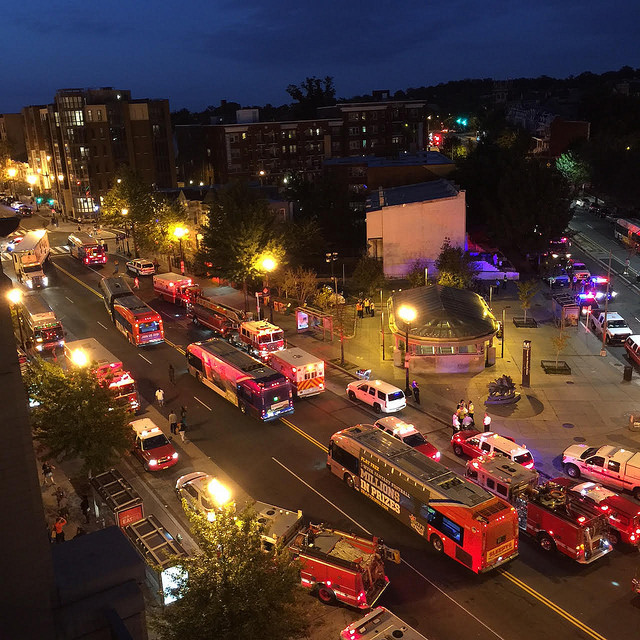 “Estimated 500-600 passengers were aboard incident train. No injuries during evacuation. Our thanks, again, to @dcfireems for their efforts.”

“Currently no cause for power loss. Troubleshooting has begun. (Power Dept cannot troubleshoot during an evac, & that was priority.)”

Updates on service restoration as soon as it’s known.

Dear PoPville, Shaw, What the Helen of Troy is This

More Stories
“connecting emerging collectors with emerging artists and all the works will be about $300”Another Shooting at 14th and V St, NW at 8:25pm Tuesday – Update: Homicide, Suspect Arrested