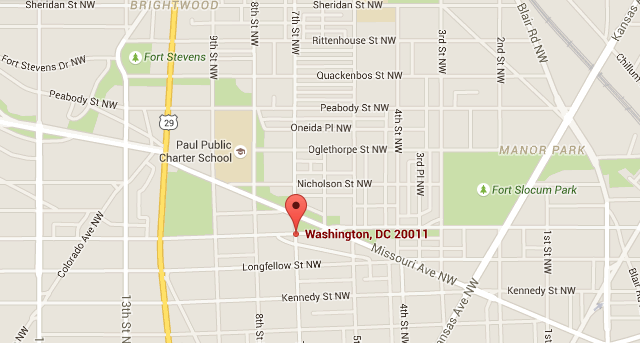 This morning we discovered what looked to be a four-car team of FBI agents and Maryland sheriffs hanging out on our block (7th and Madison), not at all inconspicuously.

At around 6:15 we left the house for a run and there were two unmarked cars, parked and idling, facing east on Madison. Both cars had one guy in them, and at least one had Maryland plates. Both guys had vests on, one said Sheriff, I couldn’t see the other as well.

When we left for work at 7:15, the cars were still there plus two vans, one on 7th and one on Madison. The guys in one van were wearing full camo tactical gear (helmet included) looking more like soldiers than cops. Just hanging out, obviously waiting for something/someone. I didn’t take pictures for fear of pissing them off.

Our best guess is that it’s some kind of fugitive/bail jump situation, give the FBI involvement and MD plates–there was no visible MPD presence in the immediate area. I’m just curious if anyone else has reported something similar in the neighborhood or elsewhere or knows what they might have been up to. Obviously there was some kind of jurisdictional issue. This is probably unrelated, but this is just two blocks from where that house was shot last week.

Optimistically, I guess our house is on the safest block in DC today? But it was a bit unnerving.”