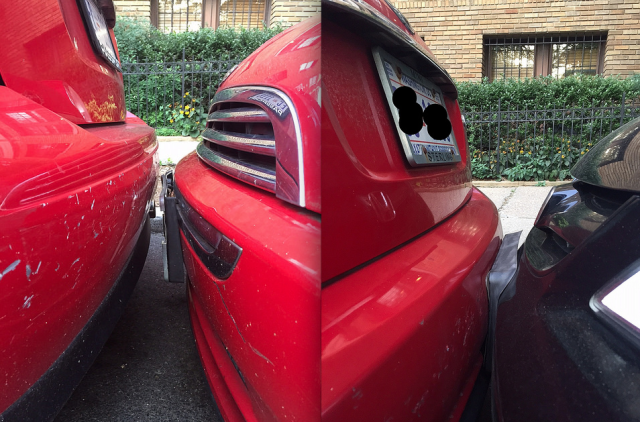 This afternoon I landed a spot at the end of a Zone 1 parking only section demarcated by a sign. Being a good neighbor, I parked in the spot and backed as far up as I could and still be within the sign behind my bumper. This left a gap about a half car length in front of me, but since I move my car very infrequently, I think this is the right thing to do, so as to minimize any awkward spacing if I don’t move my car for a few weeks. Basically my car acts as the new end of the section. 4 hours later I found this mini’s bumper pressed into the front of my car, and leaving about a centimeter between it’s front bumper and the next car in front of it.

Should I have just rolled forward into the empty partial space in front of me to prevent this sort of poor decision-making by other parkers? I more than anyone get the desperation for a spot in my neighborhood having circled the neighborhood for an hour looking more than once, but is this kind of bumper car strategy fair game if the car can “fit”. First world problems I know but curious what other think.”