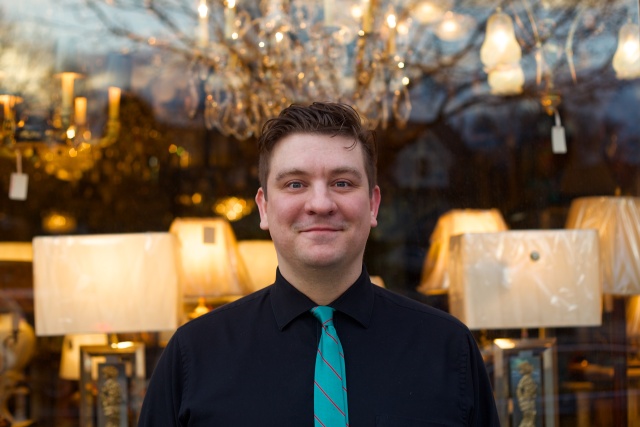 Franklin bartends at Ardeo + Bardeo on Connecticut Avenue in Cleveland Park.  Franklin has a penchant for creating delicious drinks like his famed Alobar, named for the character in Jitterbug Perfume, as well as a dry and sometimes puckish sense of humor. Drink City is a series of snapshots of people in the D.C. area who are involved in D.C.’s drinking culture.

What brought you to D.C.?

I was born in D.C., but I spent my formative years overseas in Warsaw, Poland. My family still lives over there. I returned in 1986, and went to high school in Northern Virginia. I moved back into D.C. in 2011 when I started bartending at Palena.

How long have you been bartending in the city?

I’ve been bartending in D.C. for four and a half years, but I’ve been in the industry for over 15 years. I’ve had almost every restaurant job imaginable; I’ve been garde manger, host, captain, wine director, server, and now bartender. 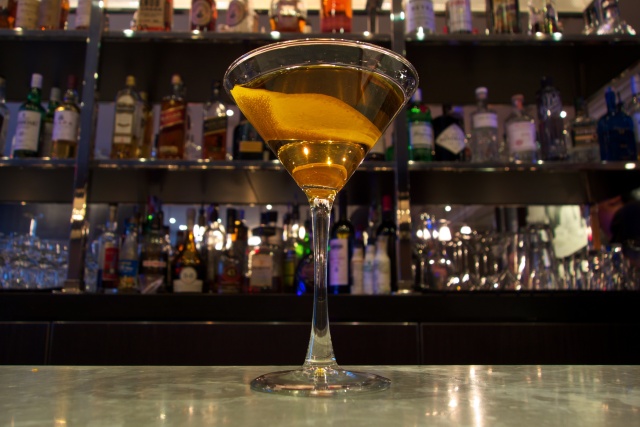 The interest in classic cocktails and craft beer has exploded in D.C. over the past few years – what sorts of trends have you noticed lately?

The trend has been to make restaurants simpler and concepts more accessible, but drink menus have become more experimental, using ingredients you would never have been able to find ten years ago. Not many people knew what Cynar was ten years ago. Now it’s everywhere, and it’s delicious.

I’ll start off like Norma Rae, the industry needs to raise its minimum wage for servers. It hasn’t changed in twenty years and the cost of living has only gone up. It’s time.  [The current wage for tipped staff in D.C. is $2.77 per hour].

As far as imbibing goes, let’s quit it with oaky and buttery, both terms are overused right now.  That’s in part because of the California style’s focus on malolactic fermentation, which can impart a “buttery” flavor to wine.  This focus has overwhelmed what makes varietals like Chardonnay, Pinot Gris, and Marsanne/Roussane so interesting.

What sorts of trends would you like to see in D.C. in the coming years?

I’d be happy if gin continued to gain in popularity. There is so much complexity and flavor to be found in great gin. I really like what St. George Spirits out of Alameda, CA are doing with their gins. Among their gins are an aged rye gin and herb bombs like their Botanivore. 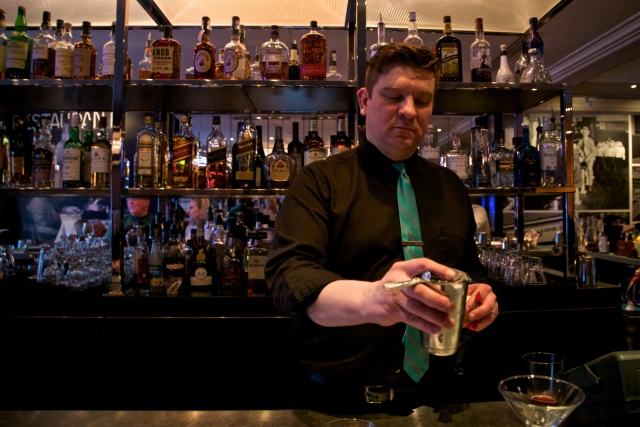 Do you have a favorite drink to make right now? Why is this your current favorite?

My favorite drink to make right now is an Aviation. Classic cocktail. It’s a gin-based cocktail invented by Hugo Ensslin at the Hotel Wallick in New York City around 1916. I like to use 1 ½ oz. Plymouth gin, .8 oz. Luxardo Maraschino liqueur, 1 oz. fresh squeezed lemon juice, and a quarter oz. of Crème de Violette. Shake vigorously and double strain into a coupe or cocktail glass. Garnish with a nice Amarena cherry. It’s light, refreshing, and a very pretty cocktail.

My personal favorite drink is the Negroni, another classic gin cocktail brought to us from Florence, Italy around 1919. Accounts differ, but the original story is that gin was added to strengthen a cocktail called the Americano, which typically called for soda water. 1 part gin, 1 part Campari, 1 part sweet vermouth (preferably Antico Formula Carpano). Stirred, STIRRED into a rocks glass, topped with ice, and garnished with a fat orange peel. 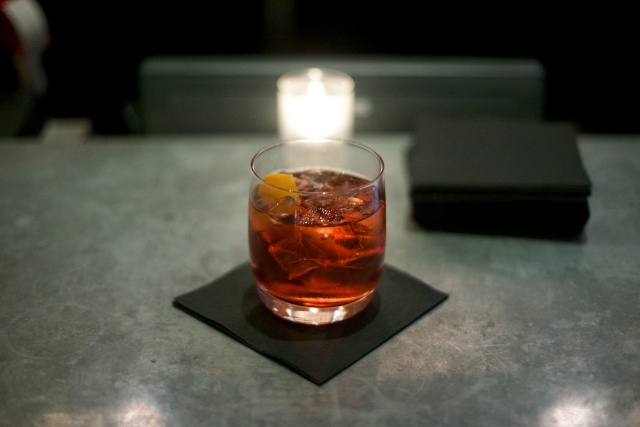 All images ©  Beau Finley. You can see more of his work on his flickr page.